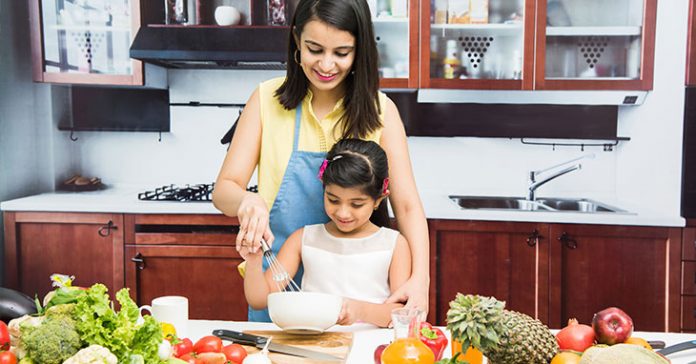 KAMAL Hasan’s political party in Tamil Nadu promised salaries to housewives as part of its electoral campaign. And the idea was welcomed by Congress politician Shashi Tharoor. Some days back, the media celebrated the longest flight and the first from San Francisco to Bengaluru manned by an all women crew of pilots and co-pilots led by Captain Papagiri Thanmai and Captain Zoya Aggarwal.

How do these headlines grabbing news comparing to the long drawn out battle by feminist statisticians and economists to get better estimates of women’s work in the national labour statistics? As well as document her full contribution to the Gross Domestic Product (GDP) of the country by counting her paid and unpaid work?

In 1988, ‘Shramshakti’, the report of the National Commission on Self-Employed Women and Workers in the Informal Sector, noted that “all women are workers because they are producers and reproducers. Even when they are not employed, they are involved in socially productive and reproductive labour all of which is absolutely necessary for the survival of the society. Women’s work as homemakers must be recognised as social/economic production”.

There has been major debate around the measurement of women’s work participation over decades. It is alleged that the traditional labour force statistics collected by government statistical divisions ignore the unpaid work of women. The definitions and standards of the measurement of work are set through resolutions by the International Labour Organisation in its International Conference on Labour Statisticians (ICLS). The 13th ICLS in 1982 set the early definitions and criteria for the economically active population, employment, unemployment and underemployment, amended in the later ICLS in 1987, 1998 and 2008.

The System of National Accounts of the United Nations, which provides the international guidelines for collection of data on the GDP, recommends that women’s social reproduction work or unpaid care work should be counted and accounted in satellite accounts to the national accounts of the country. The logic is that including the value of unpaid work in the national income will distort the estimates of the flow of income in the country. ILO’s 19th ICLS is supposed to have created more gender sensitive standards for measurement of work.

The traditional definition divided the labour force into three categories, employed, unemployed and out of the labour forces (or inactive). The 19th ICLS agreed on an international statistical definition of ‘work’ that included five major activities in which individuals can be involved. The first major change was that ‘work’ included paid and unpaid activities to produce goods and services.

The five activities constituting ‘work’ were: Production (including goods and services) i) for own use, ii) for use of others for pay or profit (normally included in labour force statistics), iii) for use of others NOT for pay or profit within which there were three categories: a) unpaid trainee work, b) other unpaid work and c) volunteer work. The second major change was that an individual can be involved in more than one activity at the same time. The National Sample Survey (NSO) uses the traditional definition to measure women’s work in its labour force surveys, the earlier Employment and Unemployment Survey (EUS) and its recent avatar the Periodic Labour Force Survey (PLFS).

The expert body in economic statistics is still to grapple with the idea of the use of the new 19th ICLS definitions and the NSO has to figure out if it will and can put the new definitions into practice in its collection of labour force statistics. Till then we have abysmally low women’s work force participation which has been declining. The decline was particularly sharp in rural areas falling from 48 per cent in 2004-05 (EUS) to 23 per cent in 2017-18 (PLFS) for women above 15 years of age. Women’s participation in urban areas was low initially but dropped further from 23 per cent in 2004-5 and to 18 per cent in 2017-18. There is, however, a silver lining in the newly released Time Use Survey (TUS), 2019, collected by the National Sample Organisation. Unfortunately, it is extremely difficult, time consuming and costly to conduct time use survey frequently.

The last TUS was conducted twenty years ago in six states in 1999. If we use the five-activity definition of work of the 19th ICLS, we arrive at very high work participation of women as per the first major change of including paid and unpaid activities using the TUS. Percentage of women participating in each of the five activities in rural + urban areas are as follows: i) for own use, 20 per cent; ii) for use of others for pay or profit, 18.4 per cent; iii) for use of others NOT for pay or profit within which there were three categories: unpaid trainee work + volunteer work, 2 per cent, and other unpaid work, 81 per cent + 27.6 per cent.

As per the second major change highlighted above, an individual can be involved in more than one activity at the same time. It is clear that these estimates, using the TUS, cannot be compared with the work participation rates by the traditional labour force survey, PLFS. It is also clear that the process of computing work participation of women who often engage in multiple paid and unpaid work at the same time is difficult through a standard questionnaire method of traditional surveys.

Defections Are For Power Not Development