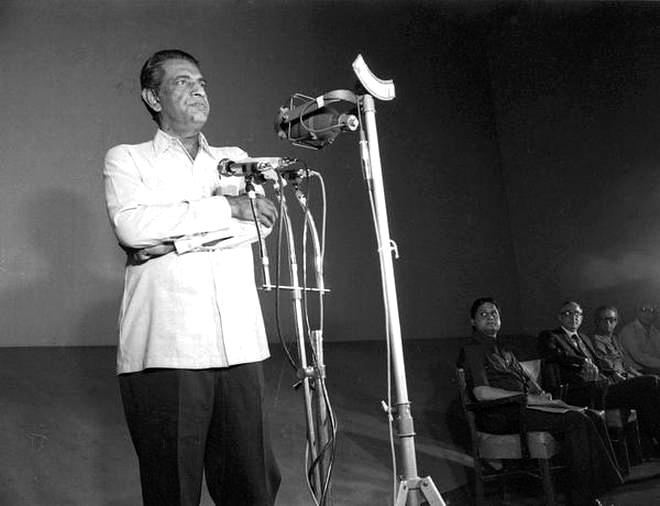 Terry Eagleton, the well-known British literary theorist had once said, “After all, if you do not resist the apparently inevitable, you will never know how inevitable the inevitable was.” Now, nobody for sure knows whether the organisation of the forthcoming 51st edition of the International Film Festival of India unfolding in Goa from January 16 is inevitable or not; however, managing it in a hybrid mode appears to be inevitable as the ‘Sword of Damocles’ in the form of the ongoing Corona pandemic is hanging over the heads of those, who are planning to participate in this annual film fiesta – in any capacity – in a physical way.

This never-before-seen situation, in turn has made the said festival a compromised IFFI, even though its local organisers have left no stone unturned to ensure that the glitz and glamour accompanying the event this year, is no less than that witnessed during the past years. The décor and illumination, the ornamental showpieces, the frivolous frippery and much more, all costing crores of rupees to the state exchequer! It would have been justified to hold a low-key film festival in such troubled times, focusing only on the screening of films. There were times in the past when this film festival was known to concentrate more on the films and their selection, and less on the superficial razzmatazz, which has nothing to do with the core element of the event – movies.

It would be imperative to mention here that the International Film Festival of India, before it arrived to the ‘Cannes of the East’ in 2004 was a modest film event, patronised by film lovers and restricted to viewing of films. When the Filmotsav – Filmotsav was a non-competitive incarnation of IFFI and was then held in film-making cities around India, every alternating year with IFFI – was held in Bengaluru, then Bangalore, in 1980 the legendary filmmaker, Satyajit Ray inaugurated the event. It is very interesting to see the stage from which Ray made his speech, after inaugurating this film festival, bereft of any decoration. There is a plain curtain behind him, and the other dignitaries are sitting on ordinary chairs. The leap taken by the IFFI organisers in 41 years – from 1980 to 2021 – in terms of extravagant expenditure on the film festival is not only astonishing, but strictly avoidable.

The IFFI gear shifting into hybrid mode could be the demand of the current situation, however the organisers need to take enough measures to ensure that those delegates opting to watch the festival films through virtual mode face no technical glitches. More so because the delegates of the 25th edition of the European Union Film Festival organised by the Entertainment Society of Goa and held from November 5, 2020 to November 30, 2020, through online mode encountered several technical problems. After receiving the One-Time Password (OTP) when many of these delegates tried to secure the connection to the festival film on ‘Festival Scope’, they received messages such as ‘the browser is outdated’ or ‘the required software does not exist’. The delegates from their side also need to update their gadgets like say laptops or tabs.

Yet another IFFI-related aspect that needs to be looked into is the availability of the festival material. The physical availability of the booklet with details of about the 224 films to be screened at the IFFI 2021, as well as the schedule of the screening of films is of paramount importance. The organisers seem to have done away with the physical existence of the festival material, this year due to the Corona pandemic. This step however does no good in times when the internet connectivity suddenly goes weak. Those not very comfortable with internet handling can also face difficulties while accessing the e-edition of this material.

This International Film Festival of India has definitely been compromised due to the advent of the deadly virus. However, the organisers of the film festival should take care that the facilities for the delegates and the film lovers attending it are not compromised especially as limitless money is being spent on the event now.