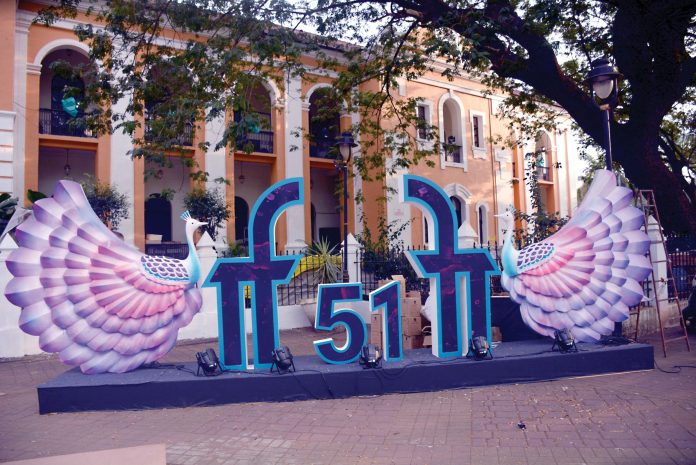 With less than 24 hours to go for the opening ceremony of the 51st edition of the International Film Festival of India, the enthusiasm among cine buffs seems to be at an all-time low, and for a good reason. With a once a lifetime pandemic still raging across the globe, not many are keen to take a chance in person, for collective viewing of films. The vaccine may well be on its way for distribution but it is has a long way to go before it can instil any sort of confidence among the masses.

As for the 51st edition of IFFI, the organisers have capped the registration to 2500 delegates. It is pertinent to note here that it doesn’t take much to register, the key is, how many delegates pay their fees for the festival. According to sources, the number has barely touched 1500 but as per the SOP, the seating capacity is cut down by half with only every alternate seat being used, not exceeding 200 in every theatre. But how many of the paid delegates will actually turn up is anybody’s guess.

But that hasn’t prevented organisers from splurging money on art, decor and other such frivolous things that don’t add any value to the film festival. A whopping `3 crores is being spent on decorating the venue and the city, for non-existent delegates. The expenses are very much real though.

There are no activities happening at the venue for obvious reasons and hardly any guests are expected at the festival. During the course of the last 10 odd months, most of the prestigious festivals around the world went online and IFFI is going to happen in hybrid format, which means films will be screened in the theatre as well online. There are a few Masterclasses and In Conversations that have been scheduled but they mostly involve film personalities who have been at IFFI before, like Shekhar Kapoor, Madhur Bhandarkar, Subhash Ghai, and Prasoon Joshi.

The core joy of a film festival is the collective viewing of the crème de la crème of films from around the world. There is a twofold problem there – surely, it is not a great time yet to congregate with hundreds of strangers in the closed space of a theatre and secondly, there haven’t been enough top notch films this year, to excite delegates. So on both those counts, it is a big dampner and takes away all the zest associated with the festival.

The selection of Indian films in the Panorama has never been an attractive segment at IFFI – this year, it has hit a new low with Saand Ki Aankh (2019) being the opening film. It boggles the mind to think that with films from all over the country, the jury couldn’t anything better than this one, which was released in the theatres 15 months ago and has been streaming online for a while now. In the international segment, there are a handful of notable films but that’s about it. But what merit was seen in selecting it as the opening film for Panorama, remains a bigger mystery than the Loch Ness monster.

As is mostly the case, the comfort of the delegates doesn’t quite exist in the top priorities of the organisers. As a result, and as always, the catalogue is still not available, this year there won’t be any physical copy but there is no sign of the soft copy on the website either.

IFFI is probably the only FIAPF (Fédération Internationale des Associations de Producteurs de Films or the International Federation of Film Producers Associations) recognised festival that doesn’t make it screen schedule available even on the previous day of the inauguration and no one has a clue about which films will be screened online.

Also, it might be the only festival to have two editions in one year, assuming that the 52nd edition will take place in November.

All in all, this is just another year at IFFI – lots of money involved but when it comes to the heart of the matter, there is little to show for it.