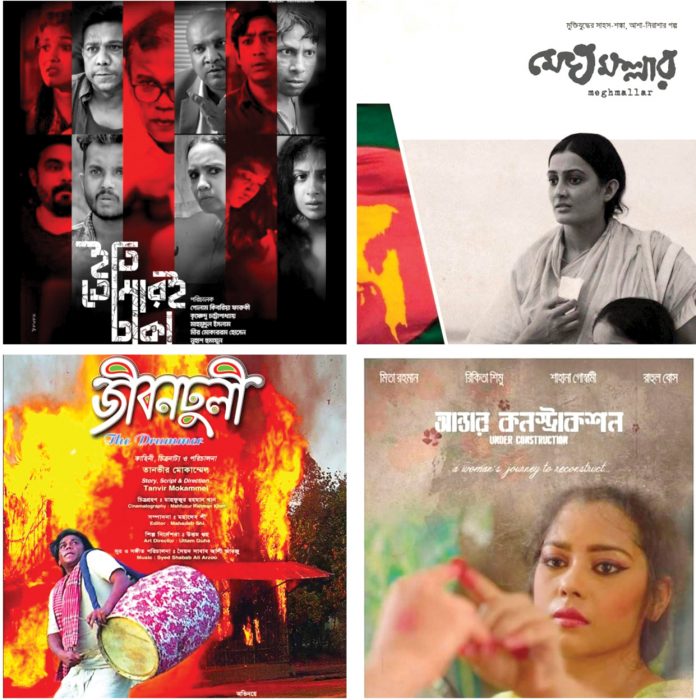 This year Bangladesh will be the ‘Country of Focus’ at the International Film Festival of India (IFFI) starting at Goa on January 16. Altogether four films from Bangladesh have been included in this section to recognise the cinematic excellence and contribution of the country.

‘Jibondhuli’ tells the story of a drummer and his family during the Liberation War of Bangladesh against Pakistan in 1971.

‘Meghmallar’ is an adaptation of writer Akhtaruzzaman Elias’s story ‘Raincoat’. It is a sensitive portrayal of an ordinary family that goes through a life-altering experience amidst the conflict of 1971 Liberation War of Bangladesh. It was screened in the Discovery Section of the 2015 Toronto International Film Festival.

‘Under Construction’ narrates the story of a modern Muslim woman struggling to find her place in the urban sprawl of Bangladesh.

‘Sincerely Yours, Dhaka’ revolves around the life of people living at the margins in the capital city of Bangladesh, Dhaka. This segment brings together individual works by eleven directors from Bangladesh. It was selected as Bangladesh’s entry for Best International Feature Film at the 93rd Academy
Awards.