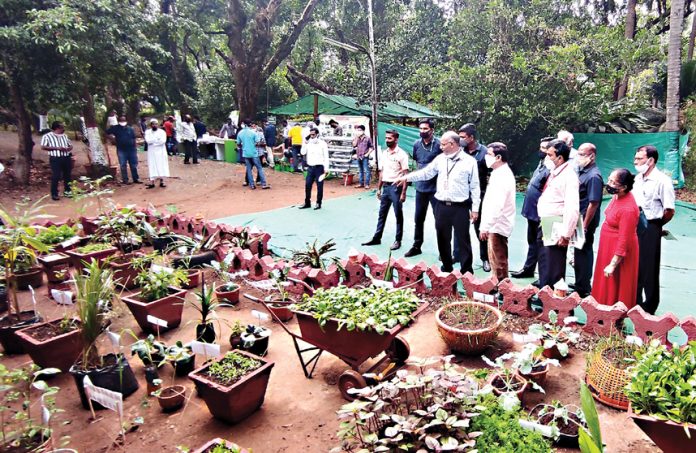 Protests by farmers continue notwithstanding the biting winter in northern India. Agitating farmers gathered at the gates of Delhi on November 26th last. That makes the standoff with the government almost one and a half month old. This is by far the biggest Kisan movement (as their unions would prefer to call it) and farmers especially from Punjab and Haryana seem to be united in their resolve and fight.

After seven rounds of talks, there has been no settlement so far. It has been reported that there has been consensus on two contentious issues (out of the four demands of the farmers unions) but the third one remains. It relates to the demand by agitating unions for complete repeal of the three agricultural related laws. If this is also accepted, then, one wonders why at all other demands were negotiated; it defies all logic.

The crux of the problem is the subsidy element or the amount both implicit and explicit given to farmers. Agriculture is supported by state subsidies almost all over the globe. Over the years, there have been significant productivity gains in agriculture everywhere, though in India there is great potential yet in this regard.

Market prices of agricultural produce, prone as they are to frequent and wide fluctuations, alone will not guarantee steady and rising incomes to farmers. US where the farm subsidy is one of the highest in the world, gives $62,000 per agricultural family annually. EU is another region where the agricultural subsidies are very high. In fact, the two countries, EU and the US have contested each other in WTO over the issue of distortion causing subsidies.

In contrast, Indian subsidy, estimated at just an average annual amount of $282 pales in comparison. MSP is one of the ways of giving subsidy to the agricultural produce purchased by the state agencies. It gives a sense of security to farmers that the state would support them by buying produce at a constant, higher price. Though in reality, MSP does not benefit many farmers. It is mostly cornered by the rich and big farmers with a large surplus of agricultural produce.

APMC mandis are widely criticised for various acts of omission and commission against farmers interests but protestors want to retain them because MSP is linked to produce bought through these mandis. Ironically studies by ICRIER show that, the MSP benefit is confined to just 6 per cent of the farmers from handful of states. Even its coverage in terms of value of agricultural produce is no more than six per cent. Yet, the whole of Punjab seem to be united emotionally in this ‘fight’ against the centre!

About 86 per cent of the farmers who own less than two hectares of land are small and marginal in India. They collectively cultivate about 47 per cent of the total agricultural land in the country. Clearly, none of them seem to be represented in the current agitation, the ‘fight’ being for and on behalf of six per cent of the elite among the agricultural class. Reforms that have been legislated by three laws are aimed at improving their lot by encouraging direct selling and removing other restrictions on interstate movement of grains.

What needs to be done to dispel the fears of farmers? Going by the reports, firstly, the government has already agreed to continue with and even strengthen the existing arrangement of MSP and APMC.  As such, there should be no problem in giving it in writing. Second, in order to remove any apprehension farmers may have, it should be made absolutely clear that in contract farming, agreement is for sale of produce, not the land. If need be, it should also be given in writing or appropriately worded and incorporated in the concerned law.

As a proactive step, a package should be announced for states of Punjab and Haryana. Ideally, this should have both states too sharing the financial burden along with the centre. This may be difficult to obtain now, given the ground political reality. Basically, it is to be used to diversify agricultural production in these states. It is imperative to wean farmers away from producing wheat and rice that are simply piling up in FCI entailing huge carrying costs.

Last, and this is the most important one, the government could commit to create a fund of

Rs 25,000 crore as suggested by expert Ashok Gulathi. This will be on the lines of NAFED’s price stabilization fund. The same principle of stabilizing the prices, say in cases where there is a dip of 10 per cent or more from a threshold price level, in respect of certain crops such as maize, millet, sorghum etc. should be undertaken under this scheme. If accepted by the government, it will be truly in the interest of a large number of small and marginal farmers.

Just as workers demand for higher wages never ends, so also the farmers’ demand for higher prices for their produce. Very high farm goods prices are in fact counterproductive as farmers too are consumers. No government has infinite resources. But the art of state management is about creating conducive conditions for agriculture to prosper, clear communication and being sensitive to people’s aspirations.

At stake is the welfare and wellbeing enhancer for over 90 per cent of the farmers; no one or group should be allowed to hold them to ransom under any pretext.

The author has four decades of experience in higher education teaching and research. He is the former first vice-chancellor of ISBM University, Chhattisgarh.

Opportunities and challenges for cold chain industry in Goa