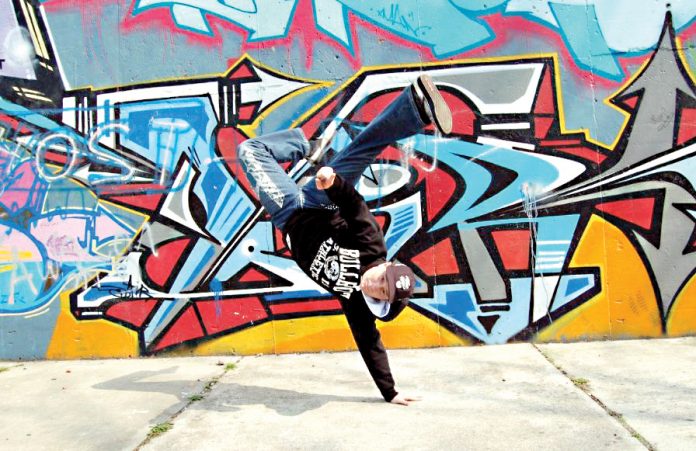 From the sidewalks of New York City where it was born in the 1970s, breakdancing, or more correctly breaking, has reached an arena its ‘movers and shakers’ could never have fathomed – the Olympics. And Indian practitioners of the angsty art form have already begun their prep.

Once an artistic expression of rebellious American youth, the street dance style will debut as an Olympic sport at the Paris games in 2024. It may still be far from becoming part of the vast Indian dance repertoire but its followers believe the recognition as an Olympic sport will be a golden opportunity for
Indian dancers.

The efforts are on, medal or no medal. Although there is no word from the Indian Olympic Association as yet, the All India DanceSport Federation (AIDSF), a member of the WDSF, has already started charting the course for the country’s participation in the Paris Olympics.

“All India Dancesport Federation will be organising events all over the recognised states to promote and create dancers for breaking across the country. We are looking at new talent which can be groomed into upcoming dancesport majors in 2022 to compete in the Olympics qualifiers,” says AIDSF general secretary, Biswajit Mohanty.

The sporting body will invite international coaches to India to train the team of selected participants after these workshops and championships, Mohanty, based in Odisha, adds.

According to Shorez Karki of the Quest Hip-Hop Skool in Delhi, India can give competition to others in the Olympics if its dancers are properly trained.

“Even though it has only been 10 years or so in India, the scene is really good for breaking. India is far ahead if you compare it to places like Dubai where breaking has been part of dance circles for over 20 years,” the 28-year-old trainer says, pointing to the style’s increasing popularity in the country.

Karki, who has been practising breaking since 2009 by watching YouTube videos and attending battles, says a lot of support has to come from parents of the performers.

“Parents who were athletic in their younger days do understand the passion for it. But most who only think of it as an extracurricular activity should now see the potential,” he adds.

Delhi-based dancer Shivani Negi, who has breaking for over two years, agrees. She says the move to include breaking in the Olympics will help in changing perception among parents and creating a positive environment for early training.

“Most parents don’t support breaking, thinking about career prospects. Or they discourage their children for fear they might be hurting themselves. Now that breaking is a part of the Olympics, the perception will definitely change and parents will get their children into breaking at an early age,” says the 24-year-old dancer.

After successfully measuring people’s interest in the dancesport at the Youth Olympic Games in 2018 in Argentina, the International Olympic Committee (IOC) earlier this month announced it was officially including breakdancing in the Olympic Games –
Paris 2024.

Away from the mainstream, breaking has been flourishing on the fringes with platforms like AIDSF and dance schools organising competitions, also known as “battles”, across the country. In the last decade, several dance reality shows have hosted contestants who either present breaking in its true form or mix components of popping and locking, which are also freestyle dance forms,
with breaking.

While news of including a dance form as a sport event raised some eyebrows in the sporting community, dancers argue that it is no less athletic than any other sport.

Delhi-based b-boy Paau DC, who has been breakdancing for 15 years and coaching for the last eight, believes it to be breaking’s rightful place since something as popular as gymnastics has borrowed from the
dance style.

“If you look at b-boying styles and moves and compare it with a gymnast, you would be able to see similarities. There are moves that have gone from b-boying to gymnastics like flare and air flares. And this is the only dance style where you have to use your entire body and it is so athletic in its techniques,” says the 23-year-old dancer.

Power moves like windmill (variations of rotations on the floor using the head or shoulders), flare (the performer balances their torso using the hands while swinging the airborne legs in a rotating motion) and “swipe” (which requires the performer to whip their arms to one side to touch the ground, and their legs follow closely behind, twisting 360 degrees to land on the ground once again) require a lot of upper body and core strength, he adds.

While it is initial days for breaking to be considered a dancesport, other forms, including ‘quickstep’, ‘rumba’, ‘tango’, ‘jive’ and ‘samba’, have been part of sporting events like Asian Games and the World Games since as early as 1997.

The World DanceSport Federation, the international dancesport governing body, argues in favour of breaking as an Olympic sport, saying the performer “needs to combine technique, variety, performance, musicality, creativity and personality into their set”.

“Like all other DanceSports, Breaking is at the same time a sport and an art form….which requires both physical strength as well as mental and even spiritual strength,” a WDSF spokesperson told PTI over email.

Discussing the tournament structure and judging criteria, the WDSF says it was expected to follow in the steps of the Youth Olympics 2018.

The tournament should be a round-robin qualification phase for b-boys and b-girls on Day 1 followed by the knockout phase (quarterfinals, semifinals and finals) on
Day 2.

“The competition consists of 1vs1 battles between two b-boys or two b-girls. Each battle consists of a fixed number of rounds. In each round, one breaker performs first followed by their opponent, each set at a maximum of 60 seconds per breaker, with the judges deciding which performance is best according to a set of criteria designed to assess a breaker’s technique, variety, performance, musicality, creativity and personality,” says the WDSF spokesperson.