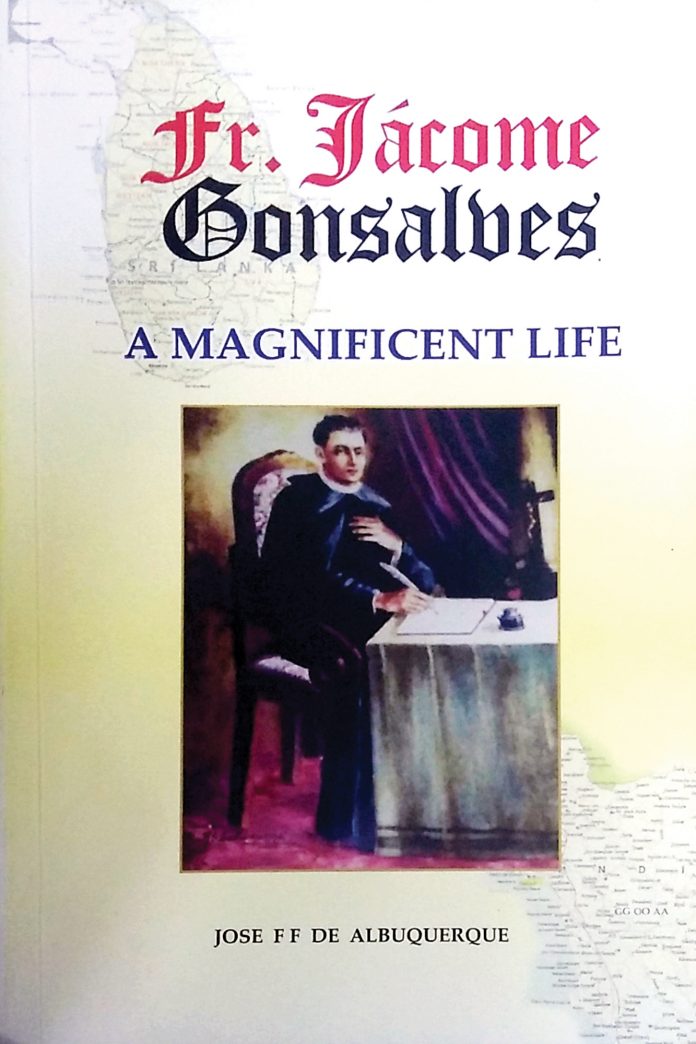 In this festive season, some exchange sweets. Others gift lavish presents. For a few bibliophiles who know their friends well enough, this is the time to share books as festive gifts.

So I wasn’t too surprised when Leroy phoned, as if in some tearing hurry, on Christmas day, asking if he could drop in. He had “something to give”, as he put it. In his treasure trove, were three books which had so far missed being in my Goa collection. The third we will look at some later time.

Goa books suffer from what you could call the “Goa book syndrome”. When just released, hardly anybody seems aware of or interested in picking up a copy. Then, as time passes, and people start hunting to buy one, but most of the copies are scarce, hard to find, or completely out of print. So sharing books with fellow collectors can be a good way to beat
this challenge.

In keeping with the season – or perhaps entirely by coincidence – the books that came my way dealt with two priests, once prominent figures in Goa, yet now largely forgotten outside their circle of friends and influence. They were men who lived in different centuries and were in fact known for achieving things beyond just the religious.

Fr Jacome Gonsalves has been forgotten for decades – or is it more? – in the land of his birth, Goa. It is only of late that interest in him and his work has been somewhat re-enkindled.

The missionaries that Goa itself sent out are sometimes recognised for their work, and at the top of the list is Jose Vaz of Sancoale, now canonised. Blessed Agnelo of Anjuna is also in the line for sainthood.  In this list, the contribution of others like Jacome Gonsalves of Divar tends to get forgotten, overlooked or overshadowed.

It takes some searching to find out about the achievements of the man from Divar. K M de Silva has commented that Goncalves’s Tamil writings on Catholic doctrines “have become the largest in number, in that language, produced by a single author.”

Alfred F Braganza has commented that Jacome Gonsalves’ writing “showed great Tamilian and Singhalese influences, apart from his compiling a Tamil Singhalese-Portuguese dictionary as early as 1772”.

Silva has also commented that the “Konkani Brahman from Goa” entered the island of Ceylon “surreptitiously to minister to the Roman Catholics in the littoral”, found refuge in Kandy, and “very soon mastered both Sinhalese and Tamil”. This was after the Dutch took over parts of Ceylon from the Portuguese. That his motivation was religious, of course, does not necessarily detract from the work he did.

Besides, Goncalves’ Tamil writings — on the doctrines of the Roman Catholic Church and refutations of a religious kind — were the largest in number, in that language, produced by a single author.

The bibliography on Fr Jacome is penned by Jose FF de Albuquerque, the former chief engineer of the Public Works Department (Government of Goa), who took to an active life in writing after his retirement from a wholly unrelated engineering top job. Unfortunately, Albuquerque passed away, even while his post-retirement writing was beginning to flower. He has also penned another book on his island-village of Divar.

It is not a coincidence that both the author and his subject hail from Divar, an island of very many achievers. Being from there, he was in a position to appreciate the contribution of his ‘ganv bhav’ more than others normally would.

As the blurb puts it: “In the course of researching material for his earlier book on the Island of Divar, the author became fascinated with the life of Fr Jacome who, three and half centuries back, lived in the very neighbourhood of the author.”

Today, Goa has forgotten its people, while libraries in Europe store some of their work. The Biblioteca Nacional in Lisbon is believed to possess in its “Arquivo Historico Ultramarino in Lisbon are seven MSS mostly ascribed to P Jacome Goncalves, who worked in Sri Lanka at the beginning of the 18th century.”

These include a dictionary, translation of parts of the Gospel, sermons, catechisms, and the like.

Albuquerque looks at Goncalves’ early years in Goa, with the Oratory in the City of Goa, his missionary works, and his growth as a scholar, among other themes.  His ancestral home is today a village school, which a visitor would quite possibly pass by.  This just goes to show how much history we could have in our backyards, sometimes without being even aware of it.

The listing of Goncalves’ bibliography, and another section on reference sources for his literary work, makes for both important and interesting reading.

This 132-page priced at `150 only, has been published by the Xaverian Publication Society of Pilar.

Another book on a now-neglected figure – loved by his supporters and controversial to his critics – is called ‘Padre Chico: To the Manner Born’.. Edited by Oscar de Noronha for Third Millennium, it is a hardbound `500-priced 376-page book on a priest, youth mentor, organiser, and football and music enthusiast.

His case over a high-profile post-1961 citizenship conflict was noticed far and wide, and this book offers some details about it. But it might not be fair to discuss such a complex issue in a few words which might not do justice to it.

Editor Oscar Noronha’s approach has been to build a pen-portrait of the man through the words and writings of people who knew him. From some essays, one gets a good idea about various facets of the man. Some comments give a deep insight into his life and work.

Depending on one’s perspective, there is scope to disagree with some perceptions put forward here.  But this book does give a different insight into the Goa we (think we) know. Not only that, it also throws light on understanding some facets of Goa, even in their wider context. Suffice to say that the many personal views of Padre Chico throw up both useful insights and some surprises if one reads through this closely.

One can only wish Goa had to take the books it produced a bit more seriously….