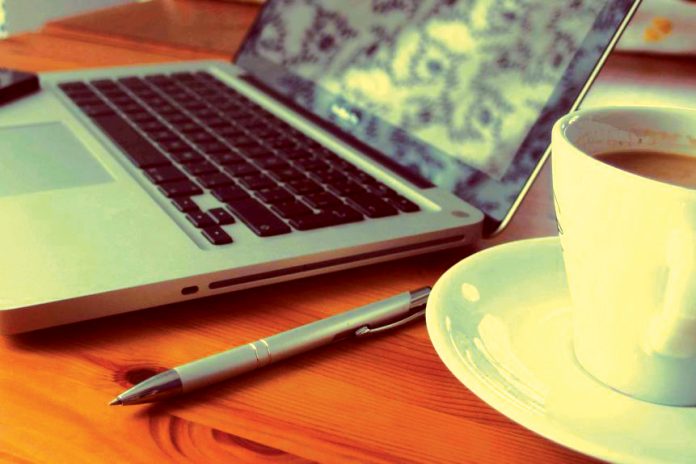 Greek philosopher Aristotle famously said ‘Man is by nature a social animal’ and much of humankind spent 2020 proving him right – quickly adapting to the new pandemic normal of staying indoors but bringing home every kind of social activity through online platforms.

And so, a year that should have seen cultural and social activities being inhibited resulted instead in a packed calendar with events, including festivals, concerts and seminars, going online and reaching out to larger and newer audiences. Online events did not have the magic of live shows, just as a zoom party can never replicate meeting friends face-to-face, but they were the next best thing.

Though scores of public events that mark the calendar of an outgoing Indian were cancelled or postponed indefinitely after the lockdown to curtail the spread of COVID-19 was imposed in March, many went virtual. And to great effect, their organisers said.

The year started with another successful edition of the Jaipur Literature Festival in the Rajasthan capital in January, and organisers Teamwork Arts had already charted the course for the year with international editions in London, New York, Adelaide, Toronto and other major cities.

But that was simply not meant to be. And Teamwork Arts was quick to innovate. “With the lockdown and the immediate impact of every gated community and high rise becoming a republic of its own, we realised the vital importance and need to ensure the free flow of knowledge and information across boundaries to help understand the pandemic and the evolving situation in the world,” says Teamwork Arts founder, Sanjoy K Roy.

Even though the JLF has maintained an online presence with live streaming of sessions for several years now, its digital-only series ‘Brave New World’ in the face of the pandemic proved to be a larger and better platform for literary enthusiasts across the world.

The digital-only series, which has been streaming on platforms such as Facebook, Twitter and YouTube since April, has so far received over 4.5 million cumulative views,
he adds.

Another such event is the Jashn-e-Rekhta that has enthralled lovers of Urdu poetry and tradition for the last five years. Taking a pre-emptive measure before its scheduled event in December in Delhi, the Rekhta Foundation decided to go online with
Rekhta Live.

Beginning on March 29, barely four days into the lockdown, the online live concert/gig was streamed live across Rekhta’s social media platforms. To Sanjiv Saraf, founder of Rekhta Foundation, going online seemed like the “best option” at a time when finding art on OTT platforms is the new normal.

“Of late, entertainment and art have certainly been caged within four walls and finding art within an app or on OTT platform is the new normal. Within the prevailing situation, this is the best option,” says Saraf.

Rekhta Live held over 75 sessions with doyens of music, performing arts and literary figures enthralling audiences sitting in the comfort of their homes, garnering a viewership of over 10 million in more than 50 countries.

However, the success of Rekhta Live shouldn’t decide the future of Jashn-e-Rekhta, says businessman-turned-Urdu
littérateur Saraf.

“Virtual events have their own advantages but nothing can beat the joy of sitting in a crowd and listening to a maestro rendering a song or a poet eloquently recites his couplet. I am hoping we can relive this joy in 2021 with another edition of Jashn-e-Rekhta,” he says.

Unfortunately, not all events can go online and stay relevant, at least not something as interactive and in-the-moment as Comic Con.

Jatin Verma, founder Comic Con India, organised a digital version of one of the smaller events – Pop Culture Forum – which was also received well by a larger audience. But he does not think it will be possible to hold a full-fledged digital Comic Con.

“We do not have any plans of holding a digital Comic Con so far. We may bring some elements of it online, the easiest being the panels and workshops. But our event is so unique with its mix of exhibition and entertainment that it is honestly impossible to create a full-fledged online version,” says Verma.

The pandemic also changed the way Dussehra, a centuries-old tradition, is celebrated. The day, when tall effigies of demon king Ravana are burned across the country, has always been preceded by a month-long theatrical adaptation of the story of
Ramayana – Ramlila.

A delayed word of confirmation from the government left the organisers unprepared for what usually takes three to four months of preparations. It was a little over a week before Dussehra that authorities released strict guidelines for anyone wanting to
organise a Ramlila.

Faced with the unprecedented situation, several Ramlila organisers decided to shoot the Ram-Ravana tale on video and broadcast it on their social media channels. This included a star-studded production in Ayodhya with BJP MPs Manoj Tiwari and Ravi Kishan playing important roles.

Saurabh Mittal of the Delhi-based Aryan Heritage Foundation, which organises a broadway-style ‘Sampurn Ramayana’, says the restrictions were necessary but unfortunate.

“A lot of people decided to do online Ramlila, but in my opinion it is only the second best option as going to the Ramlila is a whole experience and the atmosphere at Ramlila grounds adds to this experience,” he says.

Other famous events, including the Hornbill Festival, North East Festival, META Theatre festival and Serendipity Arts Festival, also found online takers. However, some events such as Jodhpur RIFF in Rajasthan and Varanasi’s Kabira Festival could not make it to their audience’s laptop and smartphone screens.

Since colleges and schools have been shut for the larger part of the year, all co-curricular and cultural activities too have remained suspended. With the hope that usually comes with a new year, the events industry is also looking forward to 2021.

“There is a sense of relief that the economy is opening up slowly, businesses are starting and weddings are happening, but I can’t see things will get to normal as they were till April. We all are waiting for vaccines to come. As soon as people get vaccinated, things will start to get better,” says Delhi-based entertainment curator Nitin Arora, who works in talent management for national and international events.

It may be some time before enthusiasts can gather at close quarters for JLF, Jashn-e-Rekhta or a grand old celebration of Ramlila. People have to continue to be careful and avoid crowded venues. For a little bit longer.