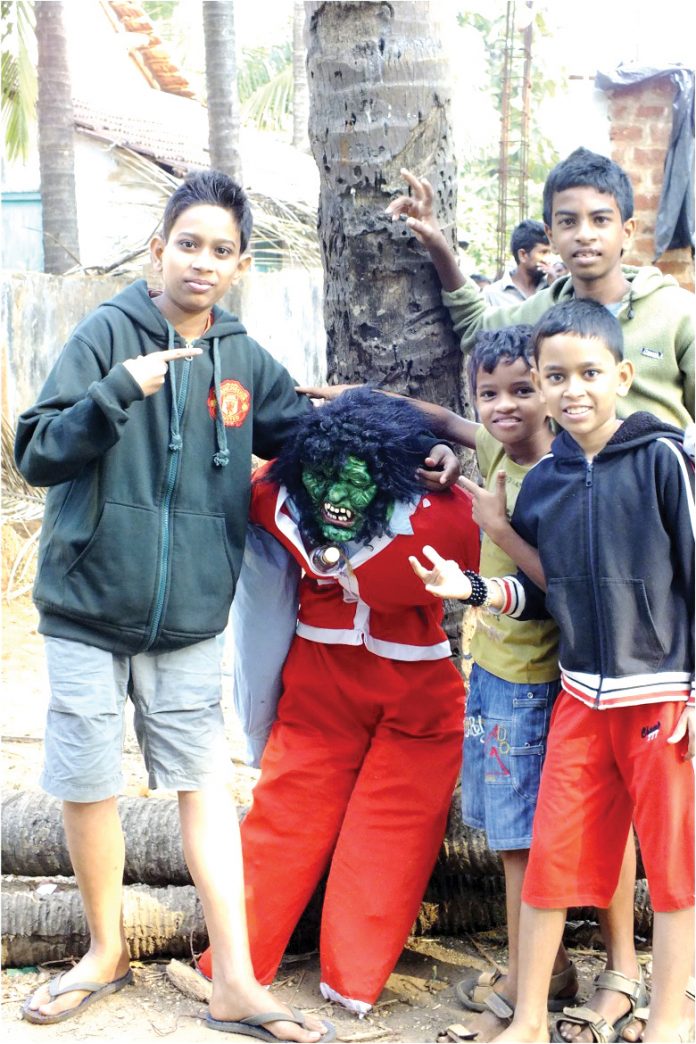 Goa has always been the center of attraction, among the umpteen visitors, when it comes to celebrations.

New Year is that one day, at the helm of a string of 365 days, which forms the Gregorian calendar for the western as well as the rest of the world. It is that prime day in the garland of those 365 days, which every citizen on this planet eagerly waits for, across the time zones of the world. It is from that date that the cycle of a dozen months, starts all over again.

Every neighborhood has its own way of bidding goodbye to an earlier set of 365 days; awaiting on a threshold of the New Year, to embrace a fresh set of 365 days of joy, happiness, cheerfulness, pleasure and ecstasy laced with apprehensions, hurts and sadness. But the spirit of positivity, re-charged during the New Year’s celebrations, help many to carry on the life’s journey in their stride.

Not many know that this month is named after the Roman god Janus, who is portrayed as a two faced entity. One face of his looks forward, while the other looks backward. This was an apt mythological entity to be positioning on the door of a New Year, with ‘one face’ gazing towards a new path, while the ‘other face’ glanced at the year that has just gone by. He could also be denoted as the God of Gateways and Beginnings.

As Goans eagerly wait to exchange wishes on New Year’s Day (Gregorian calendar), to share their joy with family and friends – a day prior to this, or the eve of New Year Day, is set aside for an expression of joy. The festivities start at village level since morning. The village youngsters, make an effigy of an old man (denoting the past year), and ready themselves to begin their celebrations. They set this effigy by the side of a busy village road, and the whole day through, every passerby is expected to part with a small monetary contribution. At the end of the day, the amount collected is used to raise the “spirits” of the youth, boosted from the nearest tavern, while the young ones are kept happy with soft drinks.

At the stroke of midnight, this old man effigy is lit up, symbolising that the old year, along with its problems, has gone up in flames; and that we are ready to step into a fresh New Year.

Religious houses offer a midnight Mass, and people attending in formal attire look forward to a sip of wine and a slice of cake, and then attend a formal dance, with family and friends. The New Year is heralded by the ringing of bells and lighting of fireworks.

The first countries in the world to herald-in the New Year are small islands in the Pacific Ocean, known as Tonga Island, along with Samoa & Kiribati. The New Year (midnight) enters Tonga, Samoa & Kiribati at 10 a.m. GMT on December 31, which is IST equivalent to 4:30 a.m. of December 31, in India – 19 and a half hours before the clock strikes midnight in India/ Goa.

The last points of dawning of the New Year are the Baker Island and Howland Island belonging to the USA in the Pacific Ocean, South West of Honolulu. It is a small uninhabited coral atoll, which was earlier known as Nantucket. These are small island lagoons, surrounded by coral reef, and were part an American base during the WWII. The New Year dawns at 12 p.m. GMT on January 1 or 5:30 p.m. on January 1 in Goa.

The most famous of India’s who’s who of the film industry, as well as the high profile industrialists and politicians make time to be in Goa to herald the New Year. The shacks, hotels, resorts and many mansions are well illuminated; and the beach resorts light up the sky with fascinating fireworks, at the stroke of midnight.

Every village also has its own way of bringing in the New Year. The village of Santa Cruz or Calapur on the Tiswadi Island has a beautiful and collective way of welcoming the New Year. On the evening of January 1, every year, each of the wards of this village, create a tableau with the theme of Christmas, and with the participation of many villagers from that ward, join a parade which starts at about 9 p.m. All the tableaux gather at the south side ward of Cabesa and then proceed towards the Bondir Ward with live music and children dancing behind the floats.

The year 2020 has left a scar of COVID-19, and has whisked away many of our loved ones. This year shall be remembered with a sour taste in the decades to come. However, the positive aspect of these traumatic times was that it brought together and bonded the members of families, who usually never had the time to meet frequently, due to their commitments. The virus is still doing its rounds, with new strains being discovered. To put an end these traumatic times is in the hands of us, people. Let us take all preventive measures to keep ourselves and our family members safe. Let us not give an opportunity to blame the fresh New Year 2021, for mistakes made by us.

Wishing all readers and viewers of The Navhind Times – Unexplored Goa articles on Zest weekly magazine, a Very Happy and Prosperous New Year 2021!