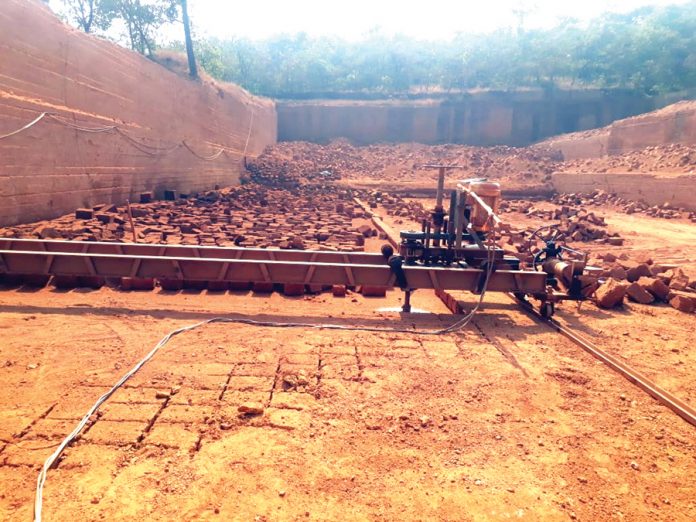 Valpoi: A team led by Sattari Mamlatdar raided the illegal laterite stone mining activity in Pissurlem village after a complaint by a local. The team comprising of assistant geologist of mines department Shyam Sawant, PSI Karishma Parulikar and Talathi of Pissurlem village panchayat Ravindra Gawas conducted surprise raid on illegal extraction of laterite stone quarries situated in Pissulerm village. According to Sattari Mamlatdar Dasharath Gawas, the team during the raid observed three open illegal laterite quarry pits, however no one was present at the site.

“The laterite stones were illegally extracted and sold amounting to theft of the minerals which belong to the state government property,” informed Gawas.

Speaking to media persons, the Sattari Mamlatdar Dasharath Gawas said that a special drive will be taken up in the coming month to take action against illegal laterite stone mining in Sattari.

Meanwhile after the raid, Valpoi police have been directed to register a case under Section 379 of IPC for the theft of natural resources of the state government against persons involved in illegal extraction and the owner of the land where the extraction is taken up and laterite stones were disposed of.