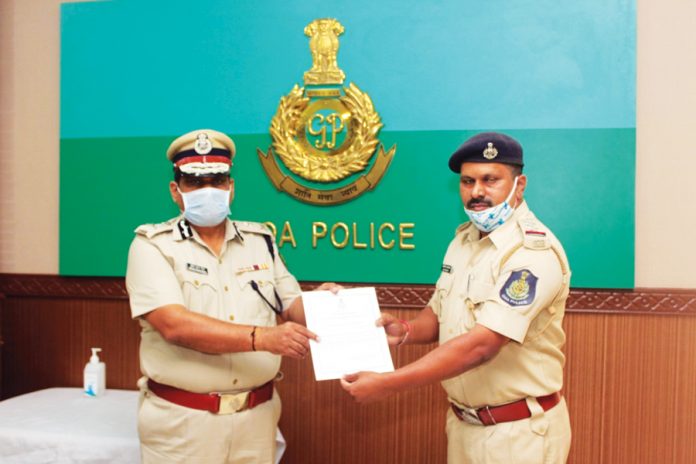 Meena on Thursday rewarded the team of North Goa District for successfully detecting Vilas Methar murder case that was registered at the Porvorim police station in October this year.

The reward carries a cash of Rs 25,000 and appreciation certificates.

The police informed that Methar was doused with petrol and set ablaze in his car in broad daylight by unknown culprits.

This was a blind case without any clues in which persistent efforts were required in identifying the culprits, the police said.

The North Goa SP Utkrisht Prasoon formed a team of PIs and sub-ordinate staff of different police stations who worked together in a well co-ordinated manner, relentlessly in a very professional manner and detected the case leading to arrest of criminals with gathering of vital evidence, said the police officials.

In order to boost the morale of the sub-ordinate staff, the DGP rewarded the team with a cash reward of Rs 25,000 and appreciation certificates.

The DGP interacted with the staff of North Goa District who were a part of the team, and motivated them to continue their