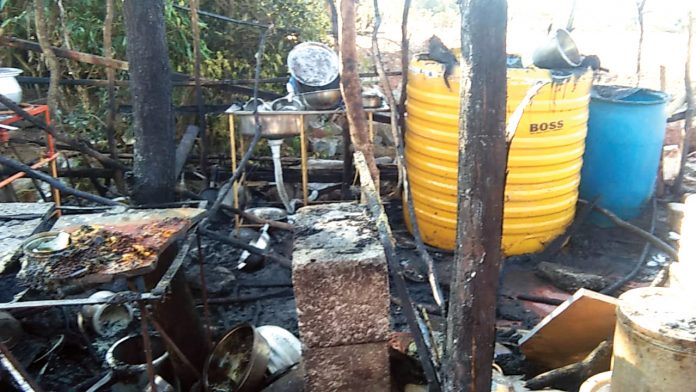 A food ‘stall’ at Maditolop in Loliem was gutted in fire and a complaint in that regard has been filed at Canacona police station.

In her complaint to Canacona police, Sneha Uscoicar, who runs the stall, has alleged that the fire was allegedly set by someone to take personal revenge and that this is second such fire incident involving her stall, the first being in 2018. Apart from the damage to the food stall and other material, Sneha Uscoicar in her complaint has said that she has received minor burn injuries.

According to Sneha, she had taken loan against gold bangles to renovate the food stall which is the only source of income for her family. “There was no business during the past eight months due to the pandemic restrictions and now after the fire, the loss is of nearly sixty thousand rupees which is not within her capacity to repair,” she said. Being the bread earner of the family, Sneha in a written complaint has also appealed to the villagers and the panchayat to give her justice in this
issue.