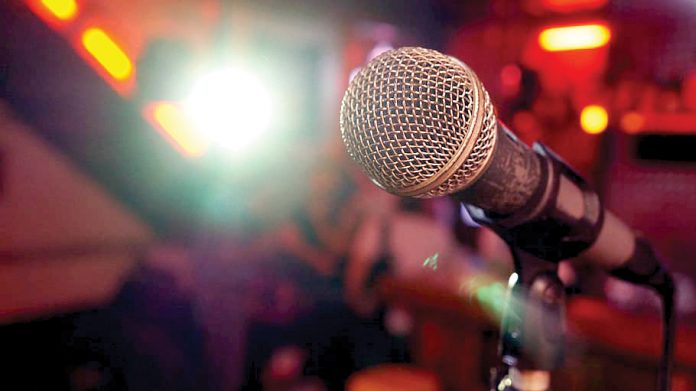 While many comedians started performing online during the lockdown, it has not worked for most. And even now the comedy industry is still struggling with the new normal

What is life without humour? In the midst of the pandemic, the comedy pill would seem like an essential element in our survival kit. With comedy clubs, theatres and studios shut during lockdown, there was a vacuum of live shows, open mics and gigs. Many comedians started performing online, but that does not work for all.

With unlock happening, the stand-up comedy industry is slowly trying to set up a revival of sorts. The new normal will, of course, call for new ground rules. Comedians are, of course, willing to adhere to every protocol.

Of course things are different at an open air gig. “The sound system and other equipment need to be sorted, lest it’ll be equally fun. Yes, since the audience will be seated at a distance, the laughter will have a lesser impact being on stage,” Bassi notes.

The new normal may enable the restarting of shows, but Bassi knows getting back normal crowds will take time.

“It will take a lot of time to draw the crowds. Families with kids would reconsider attending gatherings at the moment, but youngsters who live alone or with their parents might be willing to attend. It will be difficult, but we are not aiming at key crowded shows. I hope the shows sell out and we are able to do live shows again,” he says.

Comedian Jaspreet Singh also agrees that it will take a while for the audience to come out in large numbers to live gigs as stand-up comedy shows.

“I look forward to performing live in small rooms with proper social distancing guidelines in place, because I am concerned for myself as well as my audiences. I feel it will take time for the audience to start coming out in the kind of numbers as they used to, but we have to make a start somewhere,” Singh contends.

“For now I feel it is more because no one knows the entirety of COVID-19. It is still like a mystery and hence (there is a) fear of the unknown. Things will get better, but for now even if I get a double digit audience at my live shows, it is a great start,” he adds.

Open mics, Singh says, should take time to re-establish. “Headliner gigs might start off but open mics will struggle more I guess. The reason being it is already tough to get audiences to an open mic as there is no popular face on the poster. So, if people are choosy about going out then they would prefer a show over a mic any day,” he shares.

“People won’t go to random places and attend random shows. They will choose which shows are worth attending. As a brand, we support a lot of local artistes. We do a lot of shows with artistes who are not so popular. We used to have a decent crowd. But now I think things won’t be the same. People will not experiment much now. They would most probably like to attend shows of the big names only,” says Chabra.

He also highlights how production cost would go up due to COVID-19 fear.

“We already ran on a limited setup with a limited staff, and now taking precautions is not mandatory but a responsibility. It’s a fearful situation where costs could go higher with all the sanitisation and precautionary facilities needed. There is the fear of getting infected with the virus and how to make things work without letting other things being affected,” he adds.

Comedian Milind Kapoor has already started performing outdoors post lockdown, and he says it is a totally different experience.

“Everything is changed, but it’s good to be back. It’s a different experience to work amid the pandemic. I recently performed at a cafe in Noida where we made sure to follow proper precautions. There were temperature checks, one couldn’t enter without a mask. Also, we were changing foams on mic for every performer. We are now planning to start more gigs, including poetry and musical sessions,” adds Kapoor.

He tried performing online during lockdown but the outcome wasn’t
satisfactory.

“I had performed online during lockdown but I stopped when I saw a drastic fall in the audience. People do not want to watch a non-popular comedian on a digital platform after a point of time. Like others, comedians also suffered a lot during lockdown. Corporate shows offered a meagre amount, but we could not do anything about it. One hope things become better and we get to tickle the funny bones of a live audience once again,” Kapoor ends on an optimistic note.