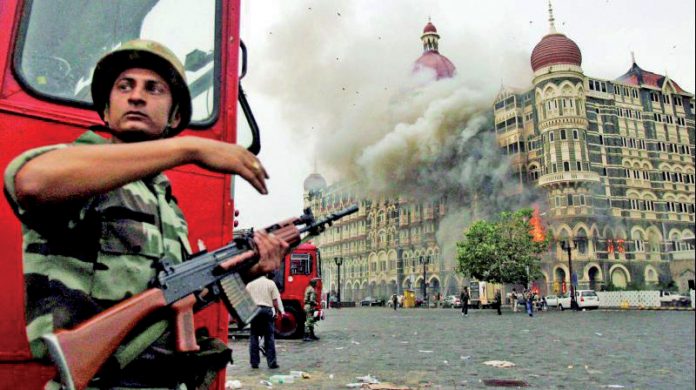 Twelve years after the 26/11 attack, Pakistan has placed 19 members of the banned Lashkar-e-Taiba (LeT) in a list of the “Most Wanted Terrorists” for their role in the heinous assault, but it has not initiated any serious efforts to nab them and also punish seven others who are facing trial here.

The security agencies here are clueless about the whereabouts of these 19 most wanted terrorists. Some of them have been hiding in Pakistan and others are believed to have fled the country. These terrorists were either crew members of the boats used by the attackers or financiers of the 26/11 attack.

The move to place 19 LeT terrorists in the list apparently came following the Paris-based global money laundering and terrorist financing watchdog’s recent decision to retain Pakistan on its grey list till February 2021.

The Financial Action Task Force made the decision after Islamabad failed to fulfill its six key obligations, including failure to take action against two of India’s most wanted terrorists – Jamat-ud-Dawa (JuD) chief Hafiz Saeed and Jaish-e-Mohammed head Masood Azhar.

The security agencies have prepared a list of over 1,200 most wanted/high profile terrorists in Pakistan to enable more coordination among authorities to go after them, officials from the Federal Investigation Agency (FIA) told PTI.

The FIA, Pakistan’s top investigating agency, has been probing the Mumbai terror attack case since 2009 and is looking for the 19 “most wanted terrorists” involved in the deadly terror assault that sent shockwaves across the country and even brought India and Pakistan to the brink
of a war.

In November 2008, 10 LeT terrorists sailed into Mumbai from Karachi and carried out coordinated attacks, killing 166 people and injuring over 300. Nine of the attackers were killed by police while lone survivor Ajmal Kasab was caught and hanged after trial in India.

On the 12th anniversary of the Mumbai terror attack, its mastermind Saeed is in jail in Lahore, serving a collective over 21-year sentence under terror financing charges.

Saeed, a UN designated terrorist whom the US has placed a USD 10 million bounty on, was arrested on July 17 last year. Saeed-led JuD is the front organisation for the LeT.

And the LeT operations commander Zakiur Rehman Lakhvi has been operating with impunity in the country after securing bail in the Mumbai terror attack case over five years ago.

The 26/11 case has been pending in the anti-terrorism courts of Rawalpindi/Islamabad since 2009.

The Pakistan government says it has recently introduced a number of fresh legislations to enable security forces to confront terrorist groups more effectively.

Making the information about the 19 most wanted LeT terrorists public for the first time, the FIA says Amjad Khan of Multan was a crew member of LeT (boat Al-Hussaini and
boat Al-Fauz).

US condemns Russia’s use of harsh tactics against protesters, journalists