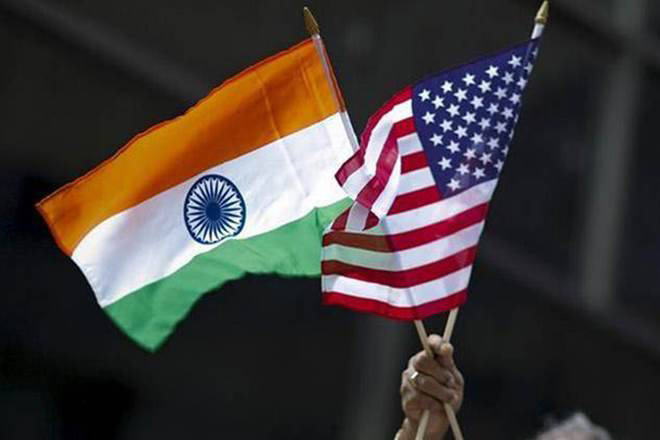 PRIME Minister Narendra Modi has personally congratulated US President-elect Joe Biden on his success and used the occasion to emphasise on the importance of strategic partnership between the two countries. There is little doubt that the change of regime in the US will not affect the tested foundations of this friendship that were in fact laid with the Obama administration declaring India as a major defence partner of the US.

The deep convergence that the Modi government struck with the US in the presidentship of Donald Trump on most matters relating to security and economic development established a benchmark in the Indo-US relationship and this will have to be sustained by the two sides through a new set of interactive meetings at various levels.

Much water has flown down the bridge since the time of Obama-Biden rule in the US and the government of Dr Manmohan Singh in India – the geopolitical changes revolving around China and the transition of ‘war on terror’ to a broader global conflict between Islamic radicals and the US-led West warrant a new effort by the two nations to steer the democratic world towards greater safety and security.

India would keenly watch the new President unfold his foreign policy agenda. So far, he has not spoken on Pakistan or on the Islamic militancy on the latter’s soil. Also, his approach to China may be firm without replicating the hard line of Trump while in respect of Russia, Biden’s view is that the former superpower is an adversary that should be made to pay for its alleged interference in the last US election.

Unlike Trump, who was cool towards Europe, Biden wants to restore American ties with it – this fits in with his attitude towards Russia. Biden does not share the visceral dislike of Islamic militancy that Trump displayed through his tenure. The stand of the Democratic President on Pakistan, China and Afghanistan will therefore be of great strategic interest for India.

The President-elect has in his statements and write-ups focused entirely on the domestic scene that prevails in the US in the aftermath of a bitterly contested election and has pledged to unite the nation, get on with effective handling of the coronavirus pandemic and work to restore ‘decency’ in America’s sociopolitical life.

It is a fact that the political divide has been sharpened by ideological, demographic and class polarisation cumulatively caused by the appeal of America First, economic downturn resulting from the pandemic and the tensions on the street generated by the campaigns. Some analysts term this as an after-effect of ‘Trumpism’ on American politics.

The democratic environ at home will reestablish itself with passage of time but for the world outside, particularly India, Biden’s foreign policy package would be eagerly awaited as that would have to define the new regime’s stand on a vast spectrum of global issues like America’s trans-Pacific policy, security of Indo-Pacific, trade imbalance between the US and China, peace in Afghanistan and climate change.

An area of possible strain for India could crop up in the Biden administration at some point of time because of the ideological proneness of a Democratic dispensation to getting easily influenced by the motivated campaign of liberal lobbyists who have lately become active also against the Modi government in India-particularly in its second spell.

If the past conduct of Pakistan is an indicator, a desperate attempt would be made by that country also to precipitate violence in Kashmir to draw attention of the new US President.

India will no doubt take an early opportunity to convey it to the Biden administration that the problem in Jammu and Kashmir is  one of infiltration of Mujahideen by Pakistan from across the line of control  and not of democratic pro-development governance of the region  that the Centre is now ensuring. If necessary, Biden-Harris leadership would have to be reminded that there is no room for a third-party intervention in the affairs of Kashmir.

The big picture about the likely course of the Indo-US relationship under Biden regime is that the strategic partnership between the two countries will remain undiminished at the level of complete interoperability and exchange of military intelligence that had already been reached – this is primarily because the two largest democracies do share a common threat from an ambitious China. However, in respect to the forces of radical Islam which consider the US as their prime enemy, ambiguities may arise if the Democratic leader underestimates the potential for global disruption that Pakistan carries today.

The old legacy of American administration looking at Pakistan as an ‘ally’ who had ensured success of the anti-Soviet armed campaign in Afghanistan and therefore ignoring the Pakistan mischief of unleashing cross-border terrorism against India in Kashmir, might play out again because of the reliance Biden might still put on the ‘helpful’ role of Pakistan in Afghanistan.

Indian diplomacy is on test on Afghanistan since Pakistan with its special relationship with Taliban could regain its say at the cost of democratisation of that country and to the detriment of India’s strategic interest there.

It is good that former president Barak Obama has in his just published book revealed that the Pakistan Army knew of the hideout near Abbottabad where Osama bin Laden was living before the American SEALs took him out in a covert operation conducted at the back of that Army. Indian diplomacy has this challenge of counselling the new US policymakers about the increasing hold of radicalisation in the Muslim world, which has been  enlarged by the trio of Pakistan, Turkey and Malaysia acting as its patron and doing this at the cost of the US-led West.

The valley-based parties have never condemned Pakistan for infiltrating terrorists in Kashmir and China for illegally occupying a large part of undivided Jammu and Kashmir and their expression of support for these enemies of India has finally exposed them for what they are – a set of anti-India leaders not deserving of any latitude from this nation.

India should be prepared to face a situation where the Biden presidency is fully geared to deal with Chinese aggressiveness in the Indo-Pacific region militarily through QUAD but is not able to see the threat of Sino-Pakistan collusion against this country with the same alarm.

India has to continue building its defence forces to counter any joint mischief by Pakistan and China on our borders even as our military-level talks with China for disengagement on the line of actual control in Ladakh are kept up. Also, India has to use all international forums to warn the democratic world against the grave threat of terrorism that it faces on account of the spread of radicalisation not only in the Islamic countries but also in the countries that had significant Muslim minorities.

This is the time for reaching out to the minorities with assurances of development without discrimination and equal protection of law to everybody in India on the one hand and coming on with a ton of bricks on those who filled the community with exclusivist and communal thoughts and even disparaged the idea of nationalism as a uniting factor for the country on the other.