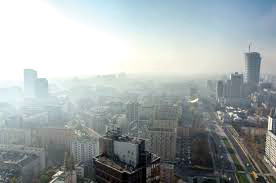 As the national capital is battling a resurgence in Covid-19 cases, health experts on Thursday said that Delhi is currently facing the third wave of the disease which is likely to last at least a few more weeks.

Although the last week offered some signs of slowdown in fresh Covid cases in Delhi compared to the previous five weeks, the resurgence cannot be said to be over yet, according to doctors.

There is, however, no unanimity among them about when the curve will flatten.

According to Dr Ajay Aggarwal, Director, Internal medicine, Fortis Hospital in Noida, the second wave of Covid-19 ended in October and the third wave started around mid-November and is likely to end in mid-January and post that.

“We are expecting a surge in post-Covid complications like lung fibrosis in patients who had severe disease, post-Covid depression and chronic fatigue syndromes,” he stressed.

The national capital has recorded 5,246 fresh Covid-19 cases in the past 24 hours with 99 more fatalities.

Dr Arun Kumar P, Consultant – General Medicine, Apollo TeleHealth told IANS: “The first wave hit the country in the months of May-June. The second wave started in the month of September and ended around October 10”.

“The third wave which started in the first week of November has already passed its peak and we are expecting that within the next couple of weeks the third wave will pass.

“If the smog condition in Delhi doesn’t worsen further over the coming few weeks, hopefully, we will witness the end of the 3rd wave by next couple of weeks,” he said.

“October-November are also the months when common flu is at its peak. So, apart from Covid cases, people are also experiencing common cold and cough that comes with the changing seasons.” According to Dr Navneet Sood, Pulmonary Consultant, Dharamshila Narayana Superspeciality Hospital in New Delhi, considering the winters which unfortunately add to the viral diseases and respiratory issues, now it is even harder to say till when this situation will continue.

“We have witnessed patients losing lives but still some people can be seen accepting it as the normal flu, and this flawed understanding is far more dangerous than Covid itself,” Sood said.

Nasal COVID-19 vaccine will be easy to give to children: AIIMS director