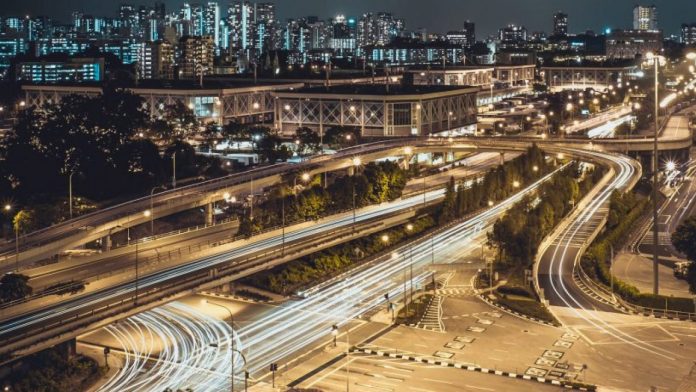 THE central government’s move to identify 7,000 projects under the ‘National Infrastructure Pipeline’ will not just showcase India as a lucrative destination at the meet with global fund houses but also as a major contributor to global growth.

Infrastructure projects are touted as a means to achieve fiscal stimulus as infrastructure spending gives a huge boost to the economy. The central government also knows this and is also working in the same direction. The government’s move to showcase India as a global manufacturing hub to 20 top global fund houses with a collective asset base of $6 trillion is intended to attract long-term infrastructure investments.

The central government has also set up a taskforce on the National Infrastructure Pipeline which has identified 7000 social and economic infrastructure projects and intends to spend more than $1.4 trillion over the period of the next five years.

The government has taken several dynamic reforms and opened up several key sectors like defence, space, and agriculture in the last seven months of the coronavirus pandemic. Despite the contraction witnessed during the first quarter of the financial year, India is still expected to be the fastest-growing economy among the top ten major economies between the years 2021 and 2025 according to the International Monetary Fund. The IMF has predicted that the Indian economy is expected to grow at 8.8 per cent and if India manages to achieve this target for a period of three years, it would be able to achieve the target of becoming a $5 trillion economy by the year 2025-26.

The government of India since the year 2014 had been initiating regulatory reforms with an intention of making the environment more business-friendly in the country. India has reached 63rd position today in its ease of doing business ranking globally. However, there is a scope for doing a lot more and bringing in further efficiency in the system. The government needs to bring in a comprehensive system to ease the compliance burden on the industry especially when it aims to set goals in a global arena.

The new labour codes enacted in the Parliament intend to increase the ease of doing business and protect the workforce in the country. These reforms will ensure that India has a competitive edge where industry and commerce is concerned. These measures would help in attracting more investments by foreign players who have been refraining from setting up their base here due to rigid labour laws and aggressive trade unions.

India has also witnessed robust foreign exchange inflows in recent years. Even during COVID, India managed to attract FDI inflows to the tune of $22 billion. During the year 2019-20, foreign direct investments rose 13 per cent to almost $50 billion as compared to $44.36 billion for the year 2018-19. Higher FDI inflows have already proved to be resilient during times of crisis. It helps in financing the current account deficit and at the same time creating higher output and job opportunities.

By offering tailor-made solutions such as land at cheaper rates and faster approvals the government of India is making a serious effort for getting additional investments in India. In India’s favour, there are things like a ready consumer market for several uprooting companies that will work; India’s consumer market is expected to touch a figure of $6 trillion by the year 2030.

In the next 10 years, it will be the third-largest economy in the world. Therefore, India needs to strategise and get into bigger collaborations with newer partners to take advantage of the present market conditions.

The central government’s vision of ‘Aatmanirbhar Bharat’ or a self-reliant India along with promoting India as a manufacturing hub, linking global value and supply chains will help attract more companies looking for alternative jurisdictions and also the top global investors to stay invested with us for a long-term. Though India has taken big strides, it still has miles to go in providing an efficient ecosystem to global investors and that needs serious work at present.                 IANS

Assembly Must Be Proactive On Land Reforms

Recognising The Work of Housewives