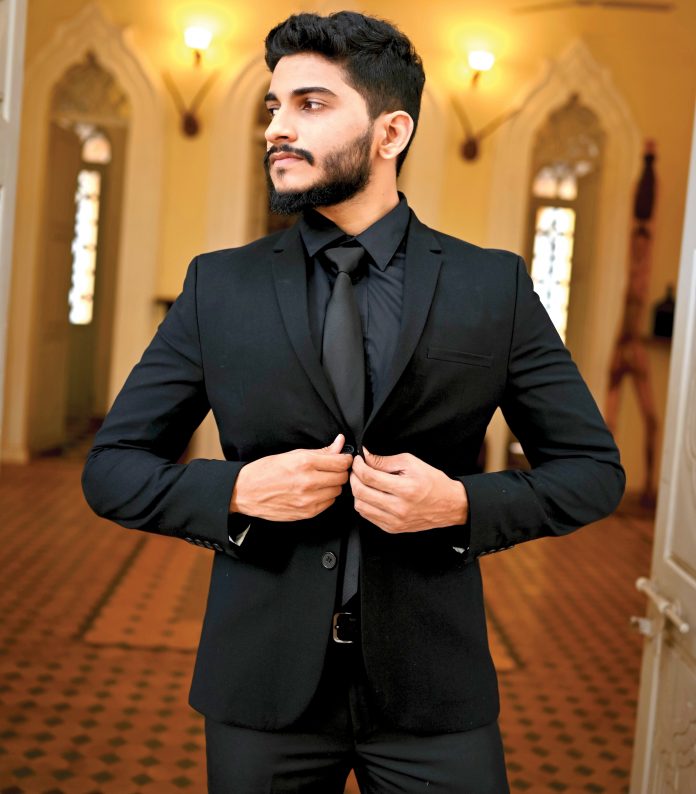 Allister Martins’ recently released single ‘Thief’ came about when he was reeling from a breakup. Instead of mulling over the past, he channelled his grief into an emotional pop ballad.

The Orlim-based songwriter-producer reveals that midway through the songwriting process he met a childhood friend Giselle Figueiredo and they happened to jam together. “I was floored by her beautiful voice and that very moment the song started building in my head. I went back home and began to write the rest of the song. All of it while having Giselle’s voice playing in my head consolidated with the memories of the past. I knew from the very beginning how I’d want it to sound and she delivered bang on,” he says. ‘Thief’ written, composed and produced by Martins and sung by Figueiredo was released on YouTube and other streaming platforms last week, and has already garnered thousands of views across the various platforms.

Music has been Martins’ constant companion right from childhood. A kid who was given a keyboard and guitar at a tender age and learned to play just by watching and hearing various artistes on television and the internet, he went on to pursue audio engineering in Pune and co-founded a music production company in Mumbai. The company ‘Foster Black Music and Productions’ specialised in creating musical scores for movies, ads and YouTube content. Songwriting for Martins however began recently. “I decided to try writing songs and in a matter of weeks, I had around 10 songs penned down,” he says.

When it comes to songwriting, Martins shares that he draws inspiration from personal experiences and events, or the people around him. His debut single ‘Nakita’ was a ramp walk track which he wrote for his girlfriend, supermodel Nakita Tania Fernandes. “It’s beautiful,” he says, describing the songwriting process. “I like how it lets me emote through words. It’s fascinating when you write something and people read or hear it and are hit with the same emotion that you had while writing it. There’s also this inexpressible feeling of joy and excitement every time I finish writing a song,” he says.

“If there’s ever an event in my life that has hurt me or made me smile, I head out for a drive and just hum a tune or sing random lines. On a favoured day, I do come up with a tune that I record on my phone,” he adds. As for producing a track, Martins says that he is in no way a technical producer. “I’m more of an intuitive one if you may. I like it only when I feel [the track] resonates within me. Sadly this means days of me just finding the right sounds even if it’s a subtle clap. It’s all about the sound scape,” he says, crediting his sound engineer, Abhishek Walimbe for always producing the exact sound scape that he is looking
for.

And as for ‘Thief’, the response has been surreal. “I had decided to surprise drop the single out one night and the influx of messages and shares on social media was beyond belief given that there was no promotions done. And when you have some of the finest musicians in Goa texting and calling to tell you that this was one of the best tracks they’ve heard, you can’t help but have a huge smile on,” he says, adding that he is grateful to everyone for their support.

Currently Martins is living his dream. With four tracks and exciting collaborations with some of the best Goan artistes in the works, he sets his sights firmly on the future and says: “Thrilling times are ahead for me as I have always wished to record with these artistes and now that wish is coming true one single at a time.” He also briefly hints at another collaboration with Figueiredo coming soon.