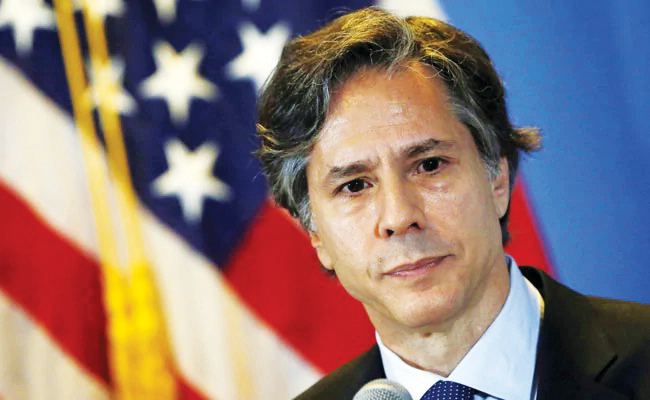 India and the US face a common challenge in the form of an “increasingly assertive” China and New Delhi has to be a key partner in engaging with Beijing from a position of strength, believes long-time national security and foreign policy expert Antony Blinken, who could be President-elect Joe Biden’s probable pick for the post of the Secretary of State. Blinken made these comments during a community outreach programme with the Indian-Americans organised by the Biden campaign on the occasion of India’s Independence Day on August 15.

He alleged that US President Donald Trump has helped China advance key strategic goals by weakening American alliances, leaving a vacuum in the world for China to fill, and abandoning American values and giving Beijing a green light to trample on democracy in Hong Kong.

“We have a common challenge which is to deal with an increasingly assertive China across the board, including its aggression toward India at the Line of Actual Control, but also using its economic might to coerce others and … to its advantage, ignoring international rules to advance its own interests, asserting unfounded maritime and territorial claims that threaten a freedom of navigation in some of the most important seas in the world,” Blinken told the Indian-Americans during the virtual panel discussion on “US-India Relations and Indian Americans in Joe Biden Administration.”

India and China are engaged in a bitter stand-off on the Line of Actual Control (LAC) in Eastern Ladakh since May.

Blinken, who then was the top foreign policy advisor to former vice president Biden, had also referred to the Chinese actions in Hong Kong as repression of the rights of its own people and democracy in the former
British colony.

“We have to sort of take a step back and start by putting ourselves in a position of strength from which to engage China so that the relationship moves forward more on our terms, not theirs,” Blinken had said. “India has to be a key partner in that effort,” Blinken then said.

US condemns Russia’s use of harsh tactics against protesters, journalists