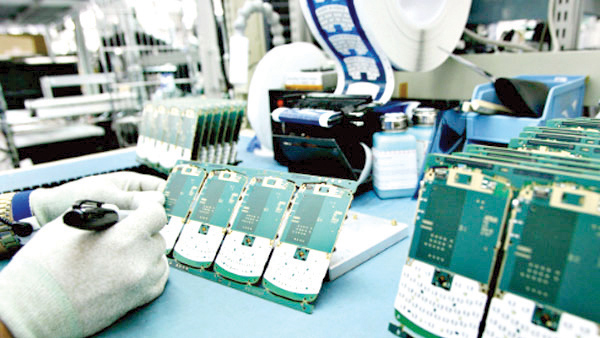 NOKIA was once the leader of the world in mobile phone handsets. Its largest manufacturing plant was located in Sriperumbudur in India as part of a special economic zone. In a six-year period it produced more than 500 million handsets, much of them exported. Nokia employed a workforce of more than 30,000 including indirect employment, and it had a big share of women employees. Nokia was indeed the rock star example of what it means to make India a manufacturing hub for the world. It stood for a high-quality product and high quality employment, of a global brand, adding to the then brand of ‘Made in India’. But much before ‘Make-in-India’ became a slogan, the Nokia plant was shut down. It has now become a case study in business schools of the opposite of a Cinderella story, of how a successful dream-like story can go kaput.

This is not the place to discuss the demise of the Indian factory in all its gory details. A part of the blame goes to excessive zeal shown by India’s tax authorities, bordering on tax terrorism, and also broken promises. Blame must also be apportioned to Nokia’s own failure to anticipate the global revolution in smart phones, leading to being stuck with a large scale capacity in low-cost feature phones. In hindsight it can be safely said that much of this woeful story was avoidable, and an alternate glorious future could have been written for Nokia as well as India’s prowess in mobile phone manufacturing for the global market.

More importantly what have we learnt from the Nokia story? Stories of excessive zeal of the taxman continue. Despite lowering the corporate tax rate to East Asian levels, and for new manufacturing facilities down to 15 per cent, the mindset is still extractive. India’s tax regime, including the GST system is still burdensome and inhibits competitiveness. We have been successful in attracting Apple to make its iconic phones in India, so that is something to be celebrated. But as compared to the scale of a 100 million phones annual production, achieved by Nokia, Apple is tiny.

The Apple story was successful thanks to an approach called the ‘production-linked incentive scheme’ which gives incentives related to volumes. That has been extended to 13 sectors, including mobile phones, drugs, battery cells, man-made textiles, auto-components and solar panels. The total budgeted outgo on incentives is nearly 2 trillion rupees over the next five years. The PLI scheme seems to be supported by protection via import tariffs.

This is an old school economics textbook approach, that to attract investment in the country, you raise tariff walls and hence a foreign player can access India’s vast consumer market only by jumping across that wall, that is, being forced to invest in India. This is not the lesson which Nokia or Sriperumbudur taught us. That plant came to India not by jumping tariff walls, but by being attracted by low-cost labour and skills, as well as ease of doing business in an SEZ. If we promote domestic production by raising import tariffs, it increases costs for the domestic buyer significantly. It also acts like an export tax, for entrepreneurs who are using imported components to re-export their products.

Unfortunately, India reversed its two-and-half-decade old progress in tariff reduction in 2018. Since then India’s average import tariff on industrial products has gone up from 13 per cent to 18 per cent, and has been applied to nearly one third to one half of all 10,000-odd product lines. Remember, high import duties increase domestic costs, and are a de facto export tax as well. Additionally, the PLI scheme’s approach is to pick winners and champions. In some sectors this makes sense. For instance, India’s import dependence on China for advanced pharmaceutical intermediates (API) is 68 per cent and that needs to go down. It is also a strategic sector since it is in healthcare. But India’s status as a leading bulk drugs exporter to the

West is also dependent on the import of API’s from China. So, while a PLI for APIs is good, it will take some time to wean away from China dependence.  But in general the government cannot, and should not be in the business of choosing winners and champions, and least of all future trends in technology. Imagine if the government had a PLI scheme for Nokia to produce low-cost 2G phones in very large quantities, it would have been stuck paying for an obsolete technology. And if it abruptly discontinued it, then it would have been guilty of breaking a sovereign promise.

Such are the perils of incentivising production in fast technology industrial fields. Another hazard of the PLI scheme is that the government specifies too many details and tries to micro-manage. This may be due to the government’s bureaucratic approach, or excessive caution in preventing abuse of subsidies. One example of this overkill is that the bid document for the auto sector for those who wish to apply for PLIs is 187 pages long! Imagine the compliance cost. No wonder so far not many big players have stepped in, either for auto or for pharma. Thus, industrial policy which is too intrusive, too prescriptive, too keen to pick and choose winners, and far too based on protectionism is bound to get tangled up and not succeed.

The recent case of BSNL is illustrative. Forced to break away from a confirmed tender to Chinese suppliers for its 4G network, it found that the new bidders were 89 per cent more expensive, and had no proven track record in producing at scale. Another anomaly is in solar panels, where on one hand we want to achieve 100 gigawatt solar capacity but have put tariff barriers on foreign suppliers. This will increase the cost of domestic production of solar power. It is inevitable that with too many conditions, India’s industrial policy will become incoherent and inconsistent. The best approach is one which gives private and foreign investors stability, predictability and continuity in a broad policy stance. Leave out the micro specifications if you want to succeed.

Assembly Must Be Proactive On Land Reforms