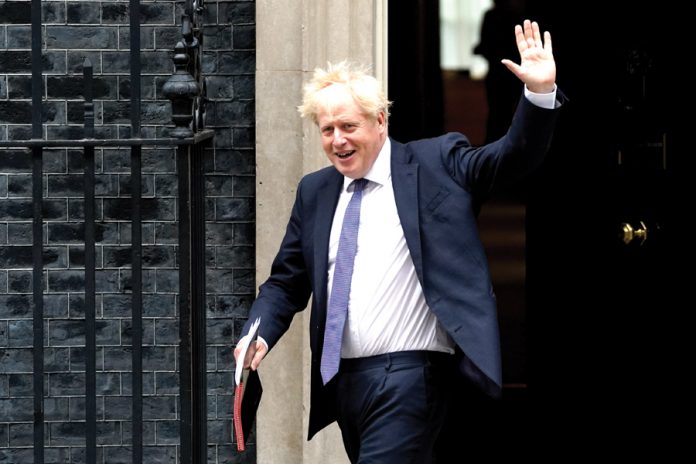 London: British Prime Minister Boris Johnson will set out a “COVID Winter Plan” to control the spread of coronavirus in a speech on Monday, when he is expected to set out some tougher tiered measures to come in as England’s lockdown officially ends on December 2.

More areas are set to be placed into the higher tiers of tougher movement and household mixing restrictions and some tiers will be strengthened to safeguard lockdown progress to keep the deadly virus under control, Downing Street said.

Ahead of the nearly month-long stay-at-home lockdown, England had been placed in a three-tier system of graded social distancing rules based on the infection rates in particular regions. The government’s Scientific Advisory Group for Emergencies (SAGE) is expected to publish research on Monday saying that measures in the previous tiers were not strong enough.

More details of the so-called COVID Winter Plan are expected on Monday in a speech to the House of Commons, after Cabinet discussions on Sunday which Johnson will be conducting virtually as he continues to self-isolate following contact with an MP who later tested positive for COVID-19.

Some UK media reports also suggest that Johnson is expected to announce up to a week of freedom from COVID-19 restrictions at Christmas, subject to an agreement with the devolved governments of Scotland, Wales and Northern Ireland. It will involve a UK-wide relaxation of rules, reportedly from December 22 to 28, so that several families can join in one “bubble” to celebrate Christmas on December 25.

“Everyone’s efforts during the current national restrictions have helped bring the virus back under control, slowed its spread and eased pressures on the NHS,” a Downing Street spokesperson said.

“But the Prime Minister and his scientific advisers are clear the virus is still present – and without regional restrictions it could quickly run out of control again before vaccines and mass testing have had an effect. That would put in jeopardy the progress the country has made, and once again risk intolerable pressure on the NHS,” the spokesperson said.

Downing Street also said that the Winter Plan will set out how people will be able to see their loved ones at Christmas, adding that ministers will be warning that this will not be a normal festive period.

There are reports that the 10 PM curfew for bars and restaurants could be extended by an hour. Last orders would still be called at 10 PM, but people would have until 11pm to finish their food and drink.

Johnson faces a rebellion from some MPs from within his own Conservative Party, who have served notice that they are preparing to oppose the Winter Plan for restrictions to replace the national lockdown without extensive evidence of their absolute necessity.