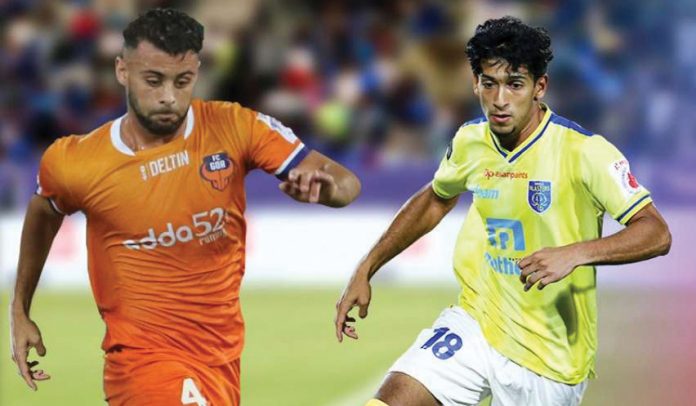 FC Goa announced Indinews as the club’s title sponsor for the 2020-21 season of the Hero Indian Super League (ISL). As part of the tie-up, Indinews will appear on the chest of the club shirt throughout the course of the season.

This is the first foray of the online news portal in Indian football. With an aim to further popularise Indian football, Indinews.com will be providing football news and updates as the Gaurs look to get their hands on their first ISL title.

Aditya Datta, FC Goa’s chief operating officer, said, “We are delighted to have Indinews come on board as our title sponsor. People are slowly but surely waking up to the enormous engagement potential of Indian and Goan football. Over the years, we have been able to create a niche as one of the most popular clubs in the country and this is another sign that we are headed in the right direction. The opportunities for collaboration between us are plenty and we look forward to having a successful partnership with Indinews.com.”

An Indinews spokesperson, said, “The team is absolutely thrilled to be in partnership with FC Goa. Our combined passion for football is a magnificent force and we are excited to create some interesting content together. We wish the Gaurs and all their fans the best of luck in the season ahead!

FC Goa is the current holder of the Super Cup.  The club is been one of the most consistent teams in the ISL, reaching three semi-finals and two finals in six seasons.

Selected films may not be recent because of pandemic: Matthan