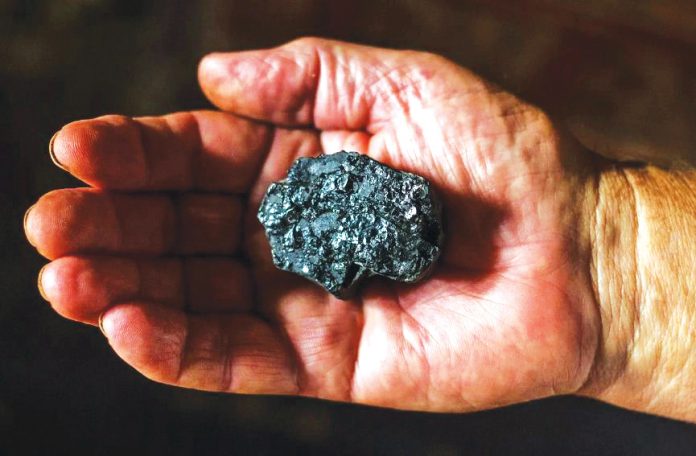 The hand of history is sometimes cruel. After enjoying status as an international diamond trading hub, Goa is now concerned about turning into a major coal importing hub in Indo-Pacific.

Since there is a lot of attention to coal in local public discourse, people have forgotten the position of Goa in a related commodity- diamonds. Diamond and coal offer stark contrasts.

Diamond and coal are allotropes of carbon. Diamond is defined as a glimmering glass-like mineral that is an allotrope of carbon in which each atom is surrounded by four others in the form of a tetrahedron. Coal is defined as a black rock formed from prehistoric plant remains, composed largely of carbon and burned as a fuel.

Ten thousand printed pages would not be sufficient if the state government plans to publish the history of diamond trade in Goa through the ages. Renowned maritime historian Pius Malekandthil and late Indo-Portuguese historian Teotonio De Souza and dozens of international scholars have provided enough documented evidence of Goa’s flourishing diamond trade. Teotonio De Souza has given detailed information in his 1996 chapter –‘A New Account of Diamond Mines in the Deccan’. Malekandthil in his exhaustive paper (2014) ‘Indian Ocean in the Shaping of Late Medieval India. Studies in History, 30(2), 125–149’.He mentions: “By 1750s, the traders from the Saraswat Brahmin business families, such as the Mhamais, Kushta Sinai Dhempe, Govind Sinai Navelkar, Shaba Sinai, Anta Sinai and Rama Pai, who were involved in transoceanic trade with Brazil, Mozambique and Macao, emerged as merchant capitalists in Goa, where later its capital Panjim was built with the wealth obtained as customs duties from these merchants. The Saraswat traders used to do their business either as joint-stock companies such as Bulla Nayak, Vitoba Nayak and Upea Suba. They also had individual firms such as that of Mhamai Kamat. The huge demand for Brazilian tobacco in India made the private traders of Goa frequent Bahia (in Brazil) with Indian wares, including textiles from Kolhapur, Dharwar and Belgaum, Chinese silk obtained from Macau, saltpetre and diamonds.”

Jacques de Coutre in AD 1640 left behind detailed knowledge of diamond mines and trade in south India. For three hundred years the Portuguese traded in famous ‘diamonds of Golconda’ besides diamonds imported from other countries. The famous Portuguese Jewish botanist and physician based at Old Goa, Garcia da Orta (1563) also traded in diamonds and precious stones.

Jean-Baptise Tavernier (1605–89) a French jeweller and merchant provides us with a lot of knowledge on diamond mines in south India. He landed at Goa in 1648. The viceroy Filipe Mascarenhas came to know that he was trading in diamonds and showed him two large diamonds (Voyages II, pp 130-31). Tavernier had seen the diamond mines of Golconda in AD 1652. He is known to have transported the future ‘Hope Diamond’ from India to France. After returning to Paris, Tavernier met the King of France, Louis XIV, on March 8, 1669 to sell his diamonds. The king paid him 898,731 livres. There was “a large blue heart-shaped diamond cut in the Indian fashion weighing one hundred twelve and three sixteenths carats” Experts believe that this blue diamond can be identified with the Hope Diamond displayed at the Smithsonian Institution in Washington, DC. We don’t know whether he had purchased it from the Viceroy in Goa or bought it in Golconda.

As recorded by Goa-based Portuguese historian Bocarro in AD 1635, just a single diamond consignment exported from Goa weighed 20 kilograms or 100 thousand carats which at today’s price is valued at `10 billions. Gujarat was nowhere as the centre of diamond trade as compared to the city of Old Goa in the 16th and 17th century and Panaji in the 18th and 19th century. It’s a very strange twist of history that Goa which was a major international centre for trade in gold, diamonds, corals and precious stones till the 19th century has been converted into a major coal importing location in Asia in just past twenty years.

For centuries, Goa was linked to Bahia, Lisbon and Antwerp in diamond trade, now coal import links it with Indonesia, Australia and South Africa. The merchants in Gujarat learned the art of diamond trade from the Portuguese, British and Dutch. Gujarat gained in the 20th century what Goa lost by the middle of the 19th century. Mumbai, Surat, Ahmedabad, Bhavnagar, Palanpur benefitted from decline of diamond trade in Goa. Now this brings us to the fundamental question – why no attention was paid to regaining the glory of Goa as an international trade hub in diamonds and precious stones?

There is a very sizable community of gold artisans who have been producing hundreds of traditional jewellery designs studded with diamonds and precious and semi-precious stones. The Directorate of Industries, Trade and Commerce has not been successful in launching the Goa Gold and Jewellery Promotion Board despite budgetary provisions since 2011. On the contrary, the MPT (Mormugao Port Trust) is planning to permit the import a record 52 million metric tons of coal by AD 2030. This is a perfect contradiction of Goa’s diamond heritage. From a clean, profitable trade which created wealth in Goa for centuries, people are wondering about a future full of coal dust and irreversible environmental pollution. This is a real challenge for those who want to fix Goa’s economic and ecological destiny – choose coal over diamonds or diamonds over coal?