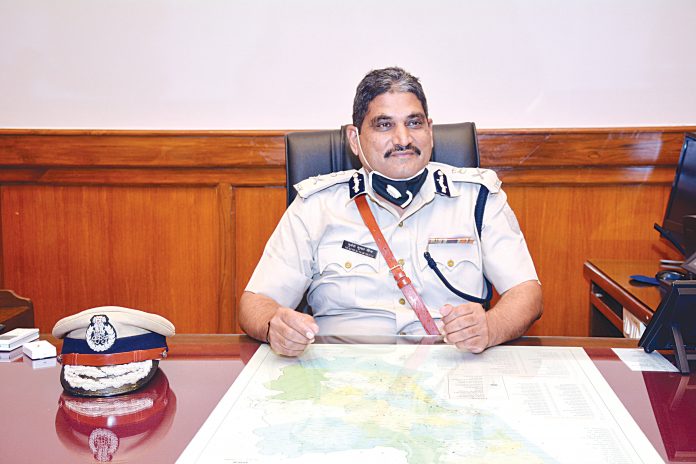 Director General of Police Mukesh Kumar Meena on Saturday said that  Goa police are drawing strategies to handle any situation, as an inflow of tourists is expected in Goa for year-end festivities in the coronavirus pandemic period.

Addressing a press conference at the police headquarters in the city, Meena  said that tourists would  like to come to Goa, and that “it will be a challenging task” for Goa police.

“I could see on beaches the increase of crowd (tourists). So, we will discuss with our officers as to how we can handle the situation. It will be a challenging task as everybody would like to come to Goa,”  Meena said, adding that they are  gearing up for the challenge.

“It is a new disease…. we have to change our strategies daily,” he said, advising  people to wear mask, maintain social distancing and take all precautions prescribed by the government.

The DGP also stressed on the need to maintain cleanliness at police stations.

“Instructions have been given to  police stations. During the inspection of some police stations, I noticed it  (lack of cleanliness), and now there is improvement,”  Meena said.

Stating that various steps have  been taken to improve policing, he said, admitting  that there was tendency in  Goa police to be hesitant to register an FIR in theft cases.

“They (police officers) feared that they would  be questioned on the pendency figures (of such cases),”  Meena said, adding that “I discussed with the officers the issue of FIR registration. We have caught several  people. Hence there is pressure on police to arrest these people…   In  long run, thefts and burglaries will come down…”

On the agitation against  government projects in South Goa, the DGP said that these projects are for development of the nation, and that stern action will be taken against those who are obstructing the works.

People  have been opposing three controversial projects  – the doubling of railway track, the expansion of the national highway and the power transmission line which  pass through a wildlife sanctuary.

He said that if security is sought by railway officials,  the state government or the central government then police will ensure  it.

“We will ensure that peace is maintained. We will take stern action against those people who are obstructing government’s  functioning…,” the DGP maintained.

Meena said that he is a postgraduate in agriculture and  has environment background.

“Before joining the IPS, I was in the Indian Forest Service  for three years. The government must have done studies before coming up with the projects. Whenever government takes up a project it conducts studies… there is a proper procedure for that…,”  Meena explained.

On the drugs scenario in the state, he said that police are alert and are taking action against drugs peddling.

“If anyone has information related to drugs please share with us. We want drugs-free Goa. This year drugs worth around Rs 6.70 crore have been seized,” Meena said.

DIG Parmaditya, who was also present at the press briefing, said that a watch is being maintained along the coastline, especially at Arambol in Pernem taluka, for illegal beach parties.