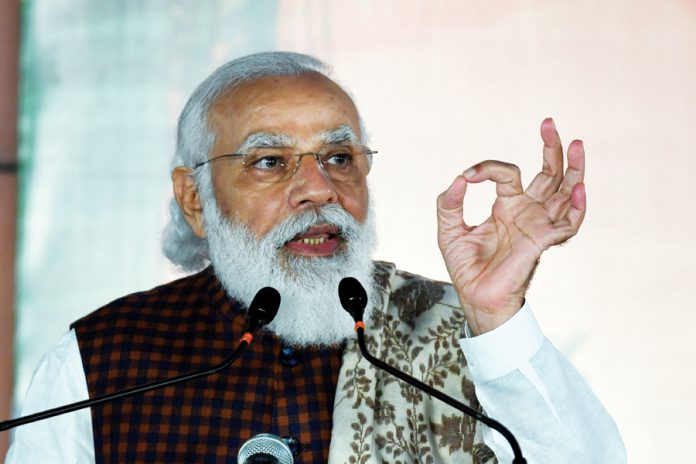 New Delhi: Prime Minister Narendra Modi reviewed the security apparatus along the International Border and the Line of Control with Pakistan on Friday amid incidents of terrorists infiltrating into the country.

The review meeting happened a day after four terrorists belonging to Pakistan-based terrorist outfit Jaish-e-Mohammed (JeM) infiltrated the international border area in the Samba sector and were on the way to Srinagar before being killed in an encounter near Nagrota in the Jammu area.

Soon after the meeting attended by other top security dignitaries of India, including Union Home Minister Amit Shah and Intelligence Bureau Chief Arvind Kumar, Modi through social media said: “Neutralising of 4 terrorists belonging to Pakistan-based terrorist organisation Jaish-e-Mohammed and the presence of large cache of weapons and explosives with them indicates that their efforts to wreak major havoc and destruction have once again been thwarted.”

He also said, “Our security forces have once again displayed utmost bravery and professionalism. Thanks to their alertness, they have defeated a nefarious plot to target grassroots level democratic exercises in Jammu and Kashmir.”

Sources privy to the high-level meeting said that Prime Minister reviewed the security grid as investigations in the Nagrota encounter indicated that the terrorists were planning to do something big on the anniversary of the 26/11 Mumbai terror attack.

The Intelligence Bureau Chief briefed Modi on inputs suggesting that the four Jaish terrorists killed in an encounter on Thursday were planning something big for forthcoming District Development Council (DDC) elections in Jammu and Kashmir.

Source said this year 16 terrorists were killed and seven arrested in the Jammu zone. The source also said that security forces had also arrested 26 overground workers.

Pakistan is exploiting the International Border in Punjab and Jammu area in an attempt to push in the maximum number of terrorists before the onset of winter.

The terrorists have started using these sectors along the IB to infiltrate due to the strong anti-infiltration grid established by the Indian security forces along the Line of Control (LoC).

Pakistan is unable to infiltrate neither terrorists nor weapons into the Valley to increase violence levels in the valley via the LoC.

Mamata announces health scheme for all in WB

Schools in Delhi will not reopen: Minister