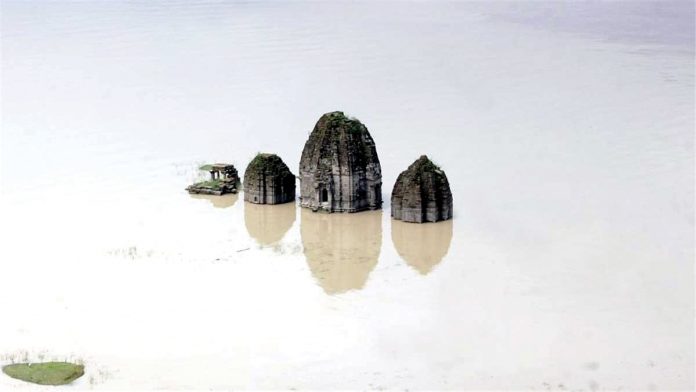 As per the Director-cum-Warden of Fisheries, 195.34 metric tonnes of fish was harvested from the reservoir from April to October this year compared with 164.35 metric tonnes during this period in 2019.

This year, the harvested fish has commanded prices ranging from Rs 126 to Rs 182 per kg. The high price will help generating an additional income of Rs 8 crore to the fishermen, the minister said.

With a catchment area of 56,980 sq km, the Gobind Sagar dam was constructed in 1959 on the Sutlej river.

The fish stock programme in the reservoir started in 1966 with the stocking of gravid spawners and fingerlings of Indian major carps.

Kanwar said that regular fish stocking programme is undertaken to maintain its population in the reservoir. The species reared here include the silver carp, grass carp, and common carp.

Illegal mining in rivers and unscientific dumping of road construction debris in the rivers is also destroying fish breeding grounds, say fish experts. This has caused a decline in fish production in the Gobind Sagar too.

Fisheries, both in the government and private sectors, is not only providing livelihood to the fishermen but also helps generate revenue for the state, a spokesperson for the Fishery Department said.

He said that efforts made by the government have helped increase fish production, besides providing opportunities for self-employment.

The major fish species available in the streams of Himachal Pradesh are trout, mahseer, barilus and glyptothorax.

Trout, both brown and rainbow, are found in the Beas, Sutlej and Ravi rivers in the higher reaches of the state. Being a game fish, the brown trout is also an angler’s delight.

Trout fish cages will also be constructed in order to increase trout production. Recirculating Aqua Culture System will be established in the carp fish farm in Nalagarh to increase carp production, he said.

Nearly 13,000 fishermen and fish farmers in Himachal are dependent on this sector for earning their livelihood.