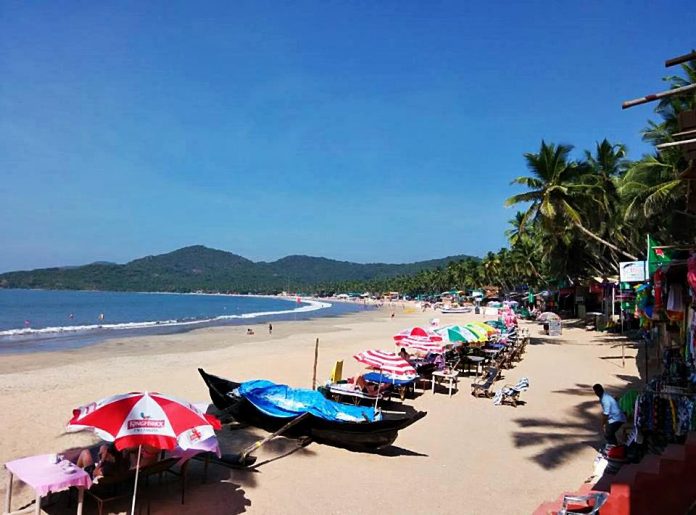 Only a warm winter would save Goa from the second wave of COVID-19. We need not be alarmed too much from European late summer conditions favouring a second wave of COVID-19.  Italy, Spain, Belgium, Croatia, the Czech Republic, France, Germany, Hungary, Poland, Portugal, Slovakia, the UK, and Ukraine — have been recording their highest daily caseloads since the pandemic started.

So far, Goa has escaped a second wave of COVID-19 because the real cold winter conditions are missing, and daily maximum temperature is hovering above 30-35 degree Celsius. It is unfavorable for the spread of the COVID-19. Goa would be in danger in coming months if the testing and contact-tracing system is diluted. While the USA is having a difficult time with another decimating wave of COVID-19 and lockdown being debated under the messy political situation there, the European countries on the other side of the Atlantic are ordering unpopular lockdowns again.

The European experience at least as far as measures to contain the virus would be highly beneficial to Goa in the next 60 critical days. Nino Cartabellotta, founder of the healthcare NGO, Gimbe Foundation, told the British Medical Journal- “From having only 1,400 cases a week, Italy saw the numbers rise and then increase exponentially, and now it is in trouble. Over the summer everybody relaxed and then we witnessed the failure to upgrade public transport and from the health point of view, the Achilles’ heel was the testing and tracing system.”

Spain is having trouble containing the second wave because it ended the lockdown too early in June, pressurised by business-friendly, right-wing regional governments. There were other factors like- lack of adequate track-and-trace mechanisms and lack of control over migrant population hired to pluck fruits across the country. The Spaniards assumed that the threat was over when the state of emergency ended.

The education department also launched a bold experiment by opening the classes for Std X and XII and permitting the exposure of the teenagers to COVID-19. This impulsive decision is not linked to prevailing test positivity rate or TPR- which from November 1-14 showed the following trend in percentage rounded figures-16, 13, 14, 10, 11, 12, 13, 8, 10, 11, 8, 10, 9 producing a mean TPR of 10.35 per cent which is double of the WHO benchmark of 5 per cent thus raising a big question about the very rationale of education department to defy the WHO norms and opening the X and XII classes.

People should demand from the government that henceforth no decision to open anything should be taken before TPR consistently remains below 5 per cent for a minimum two weeks.

It is clear that the Goa government which is not publishing the reproduction number or the R number is not concerned with universally accepted WHO guidelines, and has been taking irrational and unscientific decisions based on very poor metrics. R number is a technique of rating coronavirus or any disease’s ability to spread. R is the number of people that one infected person will pass on a virus to, on an average. If the R value is higher than one, then the number of cases increases exponentially, and if it decreases then we can see less spread of the disease because there are not enough new people being infected to sustain the outbreak.

The Goa government allegedly violated the WHO benchmark guidelines to open the economy by not linking the decision to the TPR or R.

The good news is that by November 14 more than 20 per cent of the state population has been tested for COVID-19 and as on November 14 we have 44,192 recoveries. But the other bad news is that the overall test positivity rate (TPR) is a stupendous 14.3 per cent.

More worrisome is the fact that more than 12,65,200 people are yet to be tested and theoretically within a range of 5-14 per cent TPR there could be still between 63,260 to 1,77,128 new potential COVID positive cases gone undetected. It is not correct for our government to take credit by comparing the testing rate per million with other states in India. They should see what the UK, Israel and USA have done.

On November 13, the UK had 5,51,825 tests per million population, Israel had 5,39,556 and USA 4,92,754. Goa with only 2,02,395 tests per million population still has a long way to catch up. The health department should get genuinely worried about the next sixty days – post- Diwali celebrations. In addition to various village feasts, we have the grand feast of Saint Francis Xavier at Old Goa on December 3 followed by Christmas and the New Year celebrations.

What are the lessons for Goa from Europe under the lockdown? The first lesson is discarding the fatigue of the past eight months of following the SOPs to keep away the infection, the complacency and the ‘let us live with COVID-19’ attitude. Europeans are paying a very heavy price for their false sense of security once the first wave waned. The second lesson is nobody should think that the masks are optional and dispensable. Europeans moved around and mixed a lot without the masks and now they are tormented by a series of lockdowns and curfews. Everyone in Goa should know that the masks need to be used till the anti-COVID-19 vaccination drive gets over next year. The third lesson is very difficult for Goans looking forward to enjoying the winter. The Europeans threw all the cautions to the winds and forgot social distancing during the summer and found the second wave hitting them with the brutal force. Goans too have thrown all the caution to the winds if we see their outdoor behaviour.

The tourists unchecked for COVID-19 symptoms are freely permitted to enter the state and move anywhere. After November 20, if we notice a steady rise in daily TPR from the mean of 10.35 percent achieved during the past two weeks it would be a definite sign of the beginning of a second wave. But the good news is that unlike late summer or the harsh coming winter conditions in Europe and north India, an unusually warm local winter would definitely prevent the second wave and see the state out of danger by the end of January 2021 if the TPR falls below 5.

US Labour Market: Heed The Signs