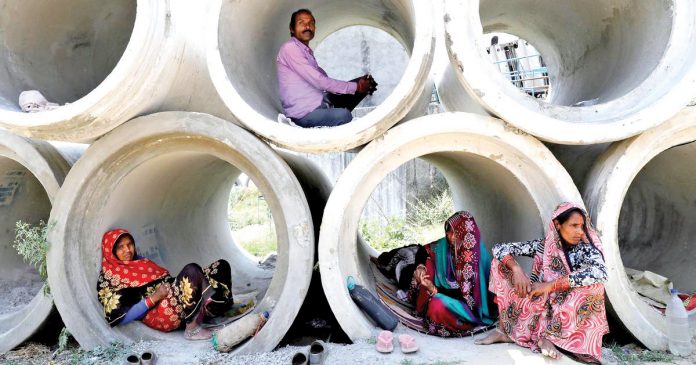 COVID-19 has revealed a dangerous disease the Indian economy is suffering from — “The twin evils of unemployment and mass migration”. Sixty years ago, a thought-leader in the UK had predicted that this disease would break out in developing countries unless the paradigm of ‘economic development’ was changed.

This economist was E F Schumacher, author of ‘Small is Beautiful, Good Work, and A Guide for the Perplexed’. Schumacher asked economists and government leaders to rethink the fundamentals of economics.

He wrote, in his essay on “The New Economics”, in 1968: “In the poor countries in particular there is no hope for the poor unless there is successful regional development, a development effort outside the capital city covering all the rural areas wherever people happen to be. If this effort is not brought forth, their only choice is either to remain in their miserable condition where they are, or to migrate into the big city where their condition will be even more miserable. It is a strange phenomenon indeed that the conventional wisdom of present-day economics can do nothing to help the poor. The economic calculus, as applied by present-day economics, forces the industrialist to eliminate the human factor because machines do not make mistakes while people do hence the enormous efforts at automation and the drive for ever-larger units. This means that those who have nothing to sell but their labour remain in the weakest possible bargaining position. The conventional wisdom of what is now taught as economics bypasses the poor, the very people for whom development is really needed.”

Schumacher warned of the deleterious consequences of industrialisation driven with a concept of ‘productivity’, fuelled with technology that eliminates human beings from the production process. These effects are being felt today even in the West. He wrote, in his essay on ‘Industrialisation through Intermediate Technology’: “If we define the level of technology in terms of ‘equipment cost per workplace’, we can call the indigenous technology of a typical ‘developing’ country (symbolically speaking) a $1-techonolgy, while that of the modern West could be called a $1000-technology. The current attempt of the modern West, supported by foreign aid (and investment), to infiltrate the $1000-technology into their economies inevitably kills off the $1-technology at an alarming rate, destroying traditional workplaces much faster than modern workplaces can be created and producing the ‘dual economy’ with its attendant evils of mass unemployment and mass migration”.

India’s policymakers and their economics’ advisers moan about the very large ‘informal’ sector of India’s economy — over 95 per cent. Which they want to formalise — into their version of formalisation — which is the ‘$1000’ paradigm. The informal sector has persisted, and grown, through sixty-five years of Planning Commissions, and seven years of a National Institution for Transforming India (NITI Aayog). Because the underlying model of an economy, driving the thinking of both, was the same —’the $1000-technology model’.

Albert Einstein had cautioned planners and policymakers: “If you are trying to solve the problem with the ideas that caused the problem, you must be mad”.

Schumacher was an independent thinker. His insights into the fundamentals of economics echoed those of Mahatma Gandhi and J C Kumurappa (Gandhi’s ‘planning commission’). Gandhiji and Kumurappa were applying these ideas in practice to create new institutions —run by, and also owned by, people in Indian villages — to create wealth for themselves rather than for remote capitalists in big cities and in other countries. These ideas are ‘Indian’ ideas, rooted in the realities of India. Unfortunately, such ideas were set aside by mainstream economists as backward looking and quaint.

India needs a new blueprint of economic development without which the ‘twin evils of unemployment and mass migration’ cannot be eliminated. The Prime Minister has introduced the concept of ‘atmanirbhar’ into the economic policy discourse; and the slogan, ‘vocal for local’, too.

Perhaps the ideas of Gandhiji and his advisers, that were set aside all through the Nehruvian, socialist, and liberal eras, should stimulate new thinking: not to take India back, but as an impetus for new thinking for India to go forward. The principles apply very well even in the 21st century. New technologies make it even easier now to create enterprises of the people, by the people, for the people than it was in Gandhiji’s times.

Whether migrants or not, all Indian citizens are entitled to what India’s Constitution promises— ‘equality of status and opportunity;’ ‘fraternity assuring the dignity of the individual’; and ‘justice — political, social, and economic too’. The migrant crisis has revealed that the old economics — whether the pre-1991 socialist economics, or the post-1991 liberal economics, could not deliver what the Indian Constitution had promised all India’s citizens. It is imperative that Indian leaders and economists, who are concerned about India’s future, set aside their ideological squabbles, and outline a ‘new economics’ for India, to enable all Indians to live in dignity, and with adequate economic security, wherever they choose to live; and whether they are migrants from one state to another, migrants from villages to cities, or from cities to villages as millions are now.