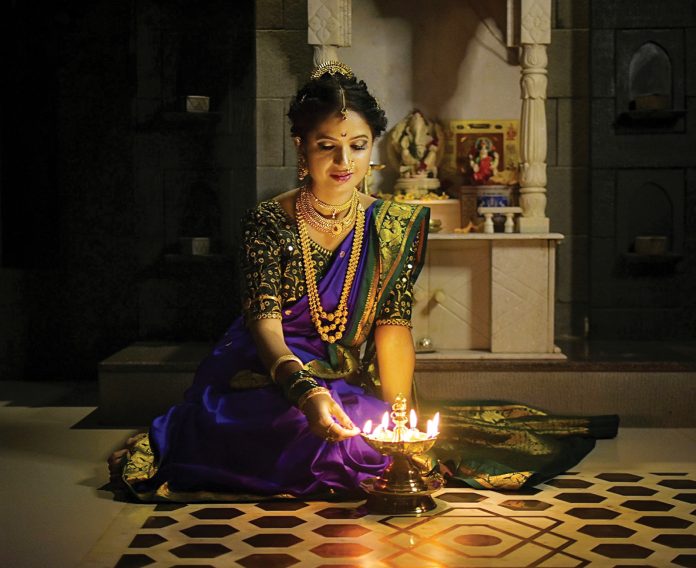 There’s a festive fervour in the air after a long time. As Goa celebrates Diwali today, people hope for better days ahead

The burning of the effigy of Narkasur at dawn brings in the festival of lights. Diwali marks the victory of good over evil. Today, in the evening, families light diyas of hope as prayers and rituals are performed to give thanks for the good bestowed.

There are several mythological stories about the festival of Diwali. While some believe that Lord Krishna killed Narkasur by burning him and then had bath before eating puffed rice (fov), another story is to do with Rama’s return from exile to Ayodhya along with Sita and Lakshman after 14 long years.

“Whatever might have happened in history or as we believe as per our faith, the ultimate truth is that Diwali is a festival of lights, where we light up our lives, renew ourselves to see the truth and spread joy,” says a teacher Sugandha Shirodkar.

The state is abuzz, as the festival lights up hope and festivity after a long time. People were seen thronging to markets, children and youngsters were busy getting together to make their effigy of Narkasur and the akash kandil (sky lanterns).

“The pandemic brought a major shift in our lives. There was so much fear and boredom due to the monotony we started living with. Thankfully the cases have decreased and this festival will be celebrated with near to original fervour and flavour,” says a shopkeeper in Mapusa, Sanjay Sawant who says this is the best time so far for his business activity. The demand for diyas, puffed rice, apparel and more has surged. People believe that festivals should never be compromised on. Some have lost their jobs, there are pay cuts, but a festival means spending as much to make it fruitful.

“Money comes and goes, nothing is ever permanent, but Diwali is a time to celebrate so much of good. It’s the light that lights our path, our lives and hope,” says a freelancer who lost his job in the pandemic, but believes that Diwali will see the end of it soon along with his hardships.

Today is a day when the delicacies of fov fill the dining table and rule the tummies. Dudhantle fov, rosantle fov, batat fov, and other preparations are enjoyed along with farsan.

It’s a day when families get together, meet friends, visit homes and play with each other. “Lighting the diyas at night, playing with fireworks is what brings togetherness,” says a student, Pranali Mantri.