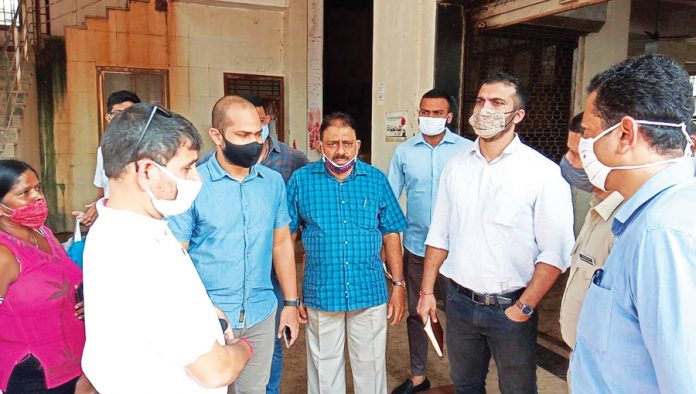 Paresh Faldessai on Monday took charge of Mapusa Municipal Council as the council term had ended on November 4.

The administrator will continue till the new council is elected and will look after the municipal affairs.

Mapusa MLA Joshua D’Souza along with administrator Faldessai and chief officer visited the Mapusa municipal market and took a feedback from merchants and also vendors about the market. This is the first visit to the Mapusa market by MLA D’Souza and other officials after it was fully opened to its original strength prior to COVID following a council resolution at the recent meeting.

Interacting with media persons, Mapusa MLA Joshua D’souza said that it was a surprise visit to the market to check if it was fully opened.

“The purpose of visiting the market was to take feedback from merchants and vendors  about the market as there were complaints that business was down, however compared to one month back when I visited things appear to have improved and there is business “said D’Souza.

He further added that some vendors who used to sit during the Friday Bazar day have approached and demanded that they should be allowed to sit everyday in the market but it won’t be possible.

On bazar day we have around 2500 vendors who do their business and if we allow everyday then there will be no difference between regular market and Friday market”.

CM pegs damage due to deluge at Rs 500 cr