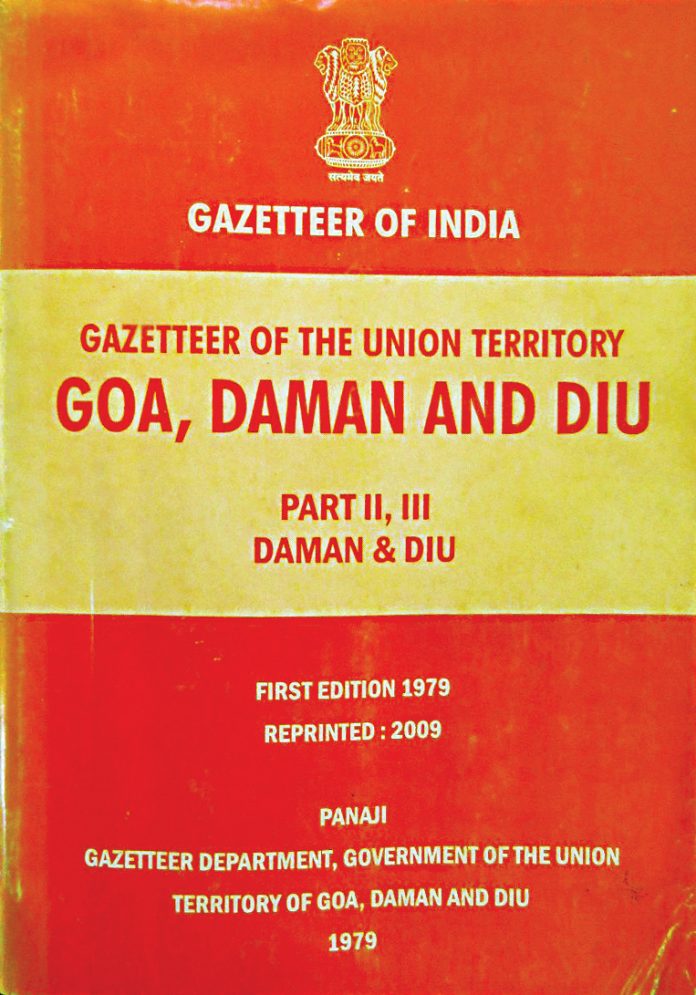 On request of many of my readers of ‘Unexplored Goa’, elders and students, it was conveyed that though the articles assist them to understand the wonderful land known as Goa, they find it difficult to seek the historical, topographical, cultural and touristic literature about this land. To satisfy this desire of the readers, a series of articles related to books, literature and the libraries that can be accessed is being started.

Goa is a land comprising about 3,702 square kilometres of land. Along its western side, the state shares its border with the Arabian Sea, while the other borders towards East, North and South are shared with the Western Ghats and the states of Maharashtra and Karnataka.

As per the Sahayadri Khand, which is part of the mythological, historical and geographical account Skandapurana, describing the migration of Saraswat Brahmins to the western shores of Konkan, these lands along with Goa, are supposedly mythological creations of Lord Parshuram, the sixth incarnation of Lord Vishnu in Indian mythology. He is surmised to have shot seven arrows from the Sahayadri Mountain, to demarcate a border, for the God of the Oceans, Lord Varun, to recede and create fresh land for him to carry out his daily religious rituals. Though the Western borders of Goa along the Arabian Sea, are supposedly set after the arrow fell in ‘Banna-Halli’ or present day Benaulim, the lands created by the other arrows stretched from the entire Konkan Coast right up to Kerala.

Krishnadas Shama Central Library, Panaji: Goa has one of the finest repositories of literary material in the form of the Krishnadas Shama Central Library at EDC Complex, Pato in Panaji. Headed by one of the most dedicated curators, whom I have personally come across, this treasure house of words and books has thousands, if not millions of some of the rarest of manuscripts well documented and preserved for reference. The Central Library was housed till a decade ago, at the North East corner of the famous fort-like building in central Panaji, also housing the Goa Police Headquarter, Institute Menezes Braganza Hall, and the Collectorate Office. The earlier curators, too, have very systematically maintained the fragile documents, with assistance of a host of well read staff, and have systematically listed the books and sections.

One has to be aware that the first printing press in Goa was established by the Portuguese, in 1556 at the College of St Paul, Old Goa, when it arrived here, by default, on board a ship headed for Africa. Many of the early and later prints are available for perusal, with required permissions.

One of the most priceless manuscripts, among many, is the ‘Krista Purana’ by Fr Thomas Stephens, SJ (1549–1619), a lyrical, handwritten piece of literature with the assistance of many priest students at the seminary of Rachol, then known as ‘Raitur’. This is the adaptation of the Bible stories and life of Jesus, written in Roman script stanzas, in Marathi and Konkani language, after he visited the neighbouring lands, and was influenced with their simple style of percolating the good word of the saints, among the illiterate farmers and other communities.

Goa Gazetteer Part 1 and 2 published by Government of Goa: One of the best, state authenticated publications to officially refer the recorded narrative of Goa, is the Goa Gazetteer – Part 1. This publication offers the reader in-depth knowledge about the historical and other details related to the land called as Goa. Part 2 of Goa Gazetteer dealt with the union territories of Daman & Diu, which were part of Goa after Liberation in 1961, till Goa was declared as a full- fledged, 25th State of the Union of India, on May 30, 1987. A separate Goa Gazetteer Department of the Goa Government, located on the fourth floor, accessible by the third lift of Junta House, Panaji, is dedicated for the compilation and upgradation of this vital publication. Every development of the state is upgraded in this compilation, from time to time, through a large committee of experts from various levels of bureaucracy, from the respective fields of expertise and learned individuals from educational institutions, who are expected to meet routinely and review the data to be upgraded.

This book besides offering readers in-depth knowledge about the historical facts about Goa, also gives a detailed insight into the various dynasties that ruled over this lands, from time immemorial. Most importantly, the freedom struggle for the liberation of Goa, Daman & Diu is vividly elaborated and fills every Goan reader with pride. Moderately priced, this book must adorn the book shelf of every proud Goan – in Goa and abroad. Though partly available on the website of the ‘Goa Gazetteer Department’, due to intermittent internet services and hide and seek of electricity, it is highly recommended that every educational institution must have at least five copies of this book, in their libraries, compulsorily for reference by their own history lecturers and the students.

This book is an extremely well researched compilation that informs the readers of many archaeological secrets found on Goan lands. Sadly many of these rich heritage aspects have been lost in the sands of time, due to the unawareness of the local populace. Just for the information of readers, Dhume can be credited with exposing and bringing to the general public the unique finds of the Ponsaimol Petroglyphs (rock carvings) on the banks of River Kushawati, and also the 12th century, Hoysala period Mahadev Temple, found in almost original state at Tambdi Surla.