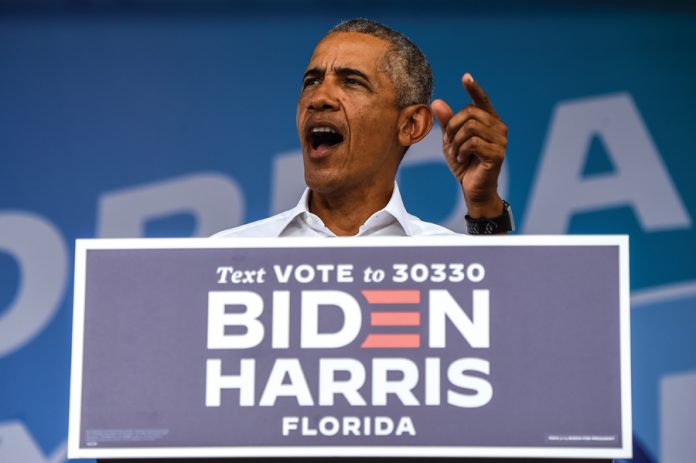 Miami: While hitting the campaign trial for Democratic president nominee Joe Biden, former US President Barack Obama slammed his successor Donald Trump’s response to the Covid-19 pandemic in the country, which is currently the worst-hit with the world’s highest number of confirmed cases and deaths.

Addressing a socially-distanced crowd at a rally in Miami on Saturday, Obama said that if Biden wins, the US will have a “normal President”, The Hill news website reported.

“We won’t have a President who threatens people with jail for just criticizing him,” the former leader said.

“Florida man wouldn’t even do this stuff, why are we accepting it from the President of the US? It’s not normal behavior,” Obama was quoted as saying.

According to The Hill news website report, ‘Florida Man’ refers to an online meme and hashtag based on bizarre and unusual stories revolving around residents in the state.

Also on Saturday, Trump made a trip to Florida to cast his vote in person for the November 3 presidential election.

Last year, Trump shifted his permanent residence and voter registration from New York to Florida, a decisive state for his re-election.

In the 2016 presidential election, Trump won Florida, a major swing state, by 49.02 per cent of the votes, while his then Democratic rival Hillary Clinton came in close with 47.82 per cent of the ballots.

According t o the latest RealClear Politics polling average, Biden was currently leading Trump in Florida by 1.4 percentage points or 48.2 per cent to 46.8 per cent.

Saturday’s rally was the second for Obama’s campaign appearances for Biden, who was his Vice President from January 20, 2009 to January 20, 2017.

On October 22, he participated at an event in Philadelphia, Pennsylvania.

According to Democratic Party sources, the former President is also expected to travel to other key battleground states ahead of the Election Day.

20 Indian-Americans roped in by Biden in his administration