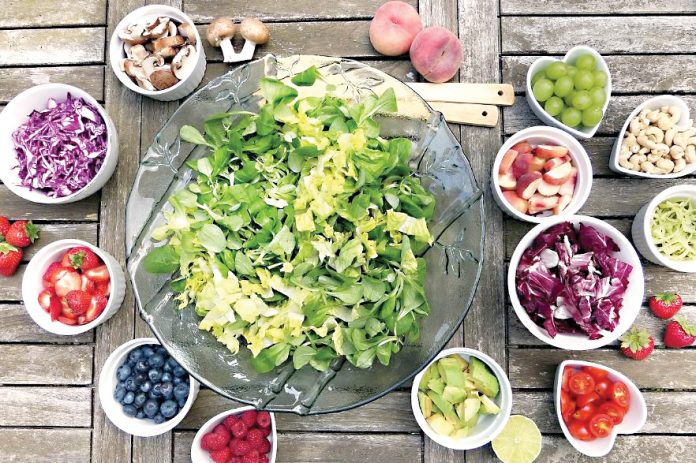 When I was growing up in army cantonments, meat was on our table every day. It was taken for granted that military men ate meat because they were “real” men. In my grandfather’s house all the women were vegetarian, but he had to have his meat at both meals and the vegetarian women cooked it for him. When I became vegetarian, I had to listen to a number of men yapping on about how they avoided “ghasphoos”. I’ve never heard this nonsense from a woman.

On a visit to Jaipur, I had lunch with D R Mehta, ex head of SEBI and founder of the Jaipur Foot movement. I drew back in horror when I dipped into the curry. It tasted like meat. My host explained the origins of the dish and why they had prepared it specially for me. Two centuries ago, a sage turned the women of the royal families of Rajasthan vegetarian. But since the men were adamant about hunting, fighting and eating meat, the women secretly created a recipe out of wheat and ghee which tasted exactly like meat. The only problem is that the preparation takes hours so it has now become very rare.

Food and gender have been, and continue to be, closely intertwined. It’s less ‘you are what you eat’ than ‘you eat what you are’. Women are expected to be compassionate and virtuous, so veganism and vegetarianism are seen as feminine. Men are defined as rough and tough, so eating meat is masculine.

Everyone knows that eating meat is bad for health and humanity, the environment, the economy and animals. The ongoing COVID pandemic is an extreme reminder of all of the above, and meat eating has definitely dipped. But rationally it should have ended. The trouble is that simply making an information based appeal about the benefits of a vegetarian diet ignores the primary reason why men eat meat: It makes them feel like “real” men.

The last vestige of prehistoric man as “hunter” is his consumption of meat. The man today may be a lazy, paunchy shopkeeper selling plastic toys, and the meat cheap, supermarket sanitised slabs, but in his own mind he is the ultimate male proving his masculinity by stabbing his fork into a steak.

The idea is so ingrained that according to research by the University of Hawaii, men often eat more meat in situations where they feel their masculinity is under threat. Which is why for years, until I stopped it, live animals used to be dropped by plane to border areas of the army so that they could get fresh meat.

So why is eating meat still seen as a symbol of manliness?

In her book, ‘The Sexual Politics of Meat’, Carol Adams explores how the media has marketed meat as a sign of masculinity to boost sales. In addition to clever marketing it has been the misleading medical theories emphasising meat as the primary source of protein.

There is also the misbelief that masculinity requires risk taking hence the association between unhealthy eating and masculinity. Numerous studies have found that larger portions and unhealthy food are perceived as more masculine, while healthy food and smaller portions are considered more feminine.

There is also the class angle that, in the past, it was the rich or masters who ate meat prepared by slaves. What is it that deters men from turning vegetarian? Social anxiety. Paradoxically, these so-called “real men” are actually afraid to quit meat for fear of being dubbed feminine. In a Twitter poll directed at men, 45 per cent of respondents reported their biggest barrier to leading a vegan diet was social stigma, the fear of being called ‘beta males with limited options in the outside world’, with ‘way low testosterone levels’, ‘x/y organisms who don’t eat meat, not men’, ‘pushovers, controlled by women, who have feminine characteristics’, people who ‘aren’t capable of hunting and gathering’ and ‘soyboy, low testosterone feminists’.

The good news is that there’s a growing new sensibility that strongly challenges these outdated stereotypes.

The documentary ‘The Game Changers’ follows elite special forces trainer James Wilks as he showcases the world’s top athletes in sports as rigorous as cross-country running, boxing, wrestling, football and Formula 1 racing, all of whom credit their health and performance to vegan diets. When asked about his relationship with masculinity and power lifting after he adopted a vegan lifestyle, Nick Squires, a champion power lifter and vegan of five years said: “There’s so much in the way of traditional gender roles that cause men to be reluctant about veganism. Putting aside the misinformed conception that you need animal proteins to build muscle, there’s an idea that men need to be muscular, and to most people this is tied to the consumption of animal products.” In fact, another study found that a plant-based diet leaves men feeling more satiated.

A recent study found that men who had more education generally consumed less meat. Those who subscribed to progressive ideas of masculinity, had a positive relation with less meat attachment.

This is further evidenced by a paper, published in the journal Appetite, which examined the link between meat, gender and class status. Part of the research involved offering participants a “beast burger” presented as either meat-based or vegetarian. The highest demand for the meat option came “from those who rated themselves lower in socioeconomic status.” Meat, to the extent that it’s associated with power, becomes “substitutable for the status they lack.” The lower you are on the totem pole, the more likely you are to cling to the old-fashioned symbols of masculinity.

Unravelling the strong cultural association between men and meat is critical to the prospects of global sustainability. So, come on out all you closet male vegans and vegetarians. The earth is even more threatened than your fragile male egos. Admit it: real men do eat “ghasphoos” and are lovin’ it.