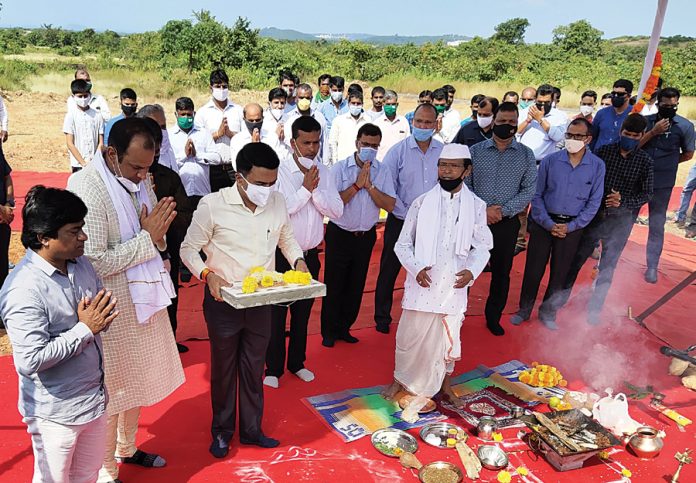 Vasco: Chief Minister Pramod Sawant Sunday said the state government is giving push to infrastructure development in Goa not just to facilitate coal transportation but to also promote other businesses like tourism, export and import.

Speaking at the cornerstone laying ceremony of Konkan Maritime Cluster, the first project in the country for developing maritime industry-related infrastructure, which will be set up at the Verna industrial estate, Sawant said, “The infrastructure at port (Mormugao) is not being created for the movement of coal alone. We have not started importing coal. Coal has been imported for so many years. We are carrying out this development for the development of industries and promotion of export and import.”

He said the protests and agitations going on in the state for the last few months against infrastructure projects are acting as a hindrance to the development of infrastructure, especially the maritime industry.

Stating that the setting up of the Konkan Maritime Cluster is a proud moment for Goans, the Chief Minister said Goan shipping companies will be able to export ships and parts to various countries. However, lamenting that a few private players apply for clusters, he said, “We can generate employment through industries. The government has promoted various industries related to the Konkan Maritime Cluster. The government, therefore, needs support from IPB, IDC and various industries,” he said.

Maintaining that Goa has wide scope for blue economy, the Chief Minister said people from various industries should come forward to work in the blue industry. “People can invest in blue economy and take the Sagarmala project ahead,” he said adding that the government will provide skilled manpower in various sectors, as the state has seafarers.

Rane said the laying of the cornerstone for the Konkan Maritime Cluster is a great moment for Goa and the shipbuilding industry.