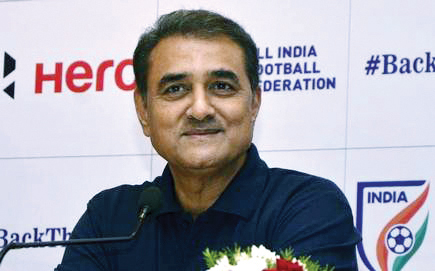 The All India Football Federation (AIFF) will hold its annual general meeting virtually on December 21, the sport’s apex body said on Thursday.

Taking into account the term limit in the national sports code, doubts remain over the election of incumbent Praful Patel, who has served as president for 12 years.

According to the sports code, the president of the national sports federation can hold the office for a maximum period of 12 years with or without a break.

Patel, a former union minister, served as acting president for one year after long-time head Priya Ranjan Dasmunshi suffered a cardiac arrest in 2008. He took over as full-time president in October 2009 before being re-elected for the top job in December 2012 and 2016.

“The AIFF will hold its virtual AGM on December 21, 2020,” the national federation said in a release after its executive committee meeting that was held via a video conference. In 2010, under Patel’s leadership, AIFF signed a Rs 700 crore contract with IMG-Reliance, helping the federation overcome a fund crunch.

The 15-year-old deal eventually led to the creation of the Indian Super League.

The president apprised the committee that India will be officially bidding to host the AFC Asian Cup in 2027. India had earlier expressed its interest to host the tournament earlier this year. If India wins the bid, it will be the first time the country will host the continental showpiece event.

The committee also approved the distribution of the COVID solidarity fund to the state associations to support their activities.

The president congratulated the AIFF administration for ‘having done some wonderful work during these difficult and extraordinary times — keeping football and all other activities in top gear.’

“Congratulations for the completion of the Hero I-League Qualifiers. The Hero ISL is slated to kick-off on November 20.

“The Hero I-League will be hosted in Kolkata, while the Hero ISL will be held in Goa. Both the cities have been chosen as they have multiple match and practice venues,” Patel said.