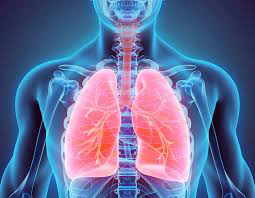 Robert Koch discovered tuberculosis (TB) bacteria nearly 140 years ago, making this one of the earliest diseases to have its causative agent identified by man. Despite this, TB continues to be the leading cause of death due to infectious diseases, infecting over ten million people annually, and causing over a million deaths. India bears a huge burden of TB, being home to over 25 per cent of all the cases as well as deaths occurring due to the disease. The last few years have seen renewed emphasis on the TB programme in India, with the introduction of a new treatment regimen, financial incentives for nutrition support, greater involvement of the private sector and robust data management. These measures have helped bring attention to the disease, which causes much misery, undernutrition and deaths. The COVID pandemic has, however, overturned many of the hard-won gains.

Since the pandemic began, detection of new cases has decreased substantially in India – between March and May 2020. A paper in the Indian Journal of Tuberculosis notes that there was a 59 per cent decrease in TB case detection over a period of eight weeks of lockdown (25 March to 19 May 2020) as compared to the level of detection eight weeks before the lockdown (29 January to 24 March 2020). The decrease in TB case detection was 62 per cent when compared to the level one year before (25 March to 19 May 2019). The data was calculated based on notification data extracted from the NIKSHAY website, which is a case-based electronic TB notification system of India’s National TB elimination programme.

The authors of the paper, Dr Anurag Bhargava and Dr Hemant Deepak Shewade, write: “Considering the observed 59 per cent reduction in detection over an eight-week period, there will be an estimated additional 87,711 TB deaths [19.5 per cent increase], bringing the total to 5,37,411 TB deaths in 2020.

In the last five years, 2015 saw the highest number of deaths from tuberculosis at 5,17,000. Since then, the numbers have been steadily decreasing, year after year. However, now with these new estimates, the deaths in 2020 will surpass even the peak seen in 2015. We note that the poor notification of TB cases continues even now: the NIKSHAY site shows that cases notified from June to September 2020 were 67 per cent of those notified in this period a year ago. So, the trend is unchanged even with the progressive easing of the lockdown.

Occurrence and severity of the disease is also closely linked to the nutrition status. Loss of livelihoods and worsening food security will adversely affect nutrition of individuals and could further increase the incidence as well as deaths due to TB.

At the same time, a contrasting opinion notes that measures to control COVID such as social distancing, use of masks and improved cough etiquette are leading to reduced incidence and spread of TB, and low notification actually reflects this lower incidence. Such arguments carry the danger of bringing complacency into our efforts to deal with TB. As physicians, we see the worrying situation on the ground of high occurrence, low detection and poor services for TB management that is likely to fuel an epidemic of TB, especially in rural India. We work with primary healthcare facilities in rural and tribal areas (in Rajasthan, but this is typical of all India) where public health facilities are poorly functional and erratic, and there are few formal, private healthcare providers. The next functional health facility could be 20-30 km, or even further away.

A patient, who presented to our clinic many months after he noticed symptoms, narrated how he was turned away or asked to come back because lab technicians were not available at PHCs and CHCs. Several other patients are presenting with interrupted treatment, for a duration ranging from one to several months. Many such patients reach us when the disease has advanced substantially. For example, Ramubai, a 34-year old woman presented with advanced TB and hypoxia. She had sought care at the district hospital and was admitted in a ward for suspected COVID patients for a week. She was discharged after her COVID test was negative, without being further evaluated. Subsequent evaluation revealed she had sputum positive TB, and was also HIV positive.

Most health facilities in the area have cut down their outdoor, laboratory and radiology services. In many of these, there is a shortage of drugs, X-ray films and other items. Laboratory technicians are busy testing for COVID, in facilities as well as the community. Patients are discouraged from walking inside facilities and are often not examined or tested. The preoccupation with COVID is also leading to the diagnosis of TB being missed on several occasions. Disrupted and erratic transport is making it difficult for patients to reach a health facility, and loss of livelihoods and resultant destitution is making it difficult to afford the treatment from a private facility.

Time is fast running out. With each passing day more patients are going undiagnosed and more are dropping out of treatment and developing severe disease. Following are some measures which can help bring the focus back on TB.

Resume and ramp up diagnosis and treatment of TB: While COVID testing and treatment continue, a clear strategy is needed to enable diagnosis and treatment of TB. Dedicated days in the week for testing and initiating treatment at PHCs and CHCs can ensure testing for TB as well as COVID. The mandatory CBNAAT test for TB that detects drug resistance requires patients to travel all the way to the district headquarters. In view of the still erratic transport, and scarcity of liquid cash, the sputum samples can be transported rather than patient themselves – as is being done now. Additionally, mobile vans with X-ray facility can be taken to PHCs, which will avoid travel of the patients besides enabling quick diagnosis.

Promote intake of nutritious foods: Over half of the TB patients are men, the main earning members of the family whose disease severely affects the family’s cash reserves and availability of nutritious foods. Malnutrition levels among TB patients are extremely high: in 2019, 93 per cent of all the patients enrolled for treatment at the facilities we manage were undernourished, with 61 per cent being severely so. Poor nutrition in turn adversely affects the disease and the response to treatment. Provision of a cash incentive of Rs 500 per month to patients for their nutrition is a welcome step; the amount is, however, small and its distribution erratic. The Public Distribution System needs to be made more robust and provide nutritious foods such as pulses and oil in addition to cereals alone, as provided at present. Finally, the anganwadis can expand the coverage of the supplementary food they provide, to include TB patients in addition to women and young children.

Generate suitable livelihood options: Extensive lung damage as occurs in many patients limits the scope of their work, even after recovery from TB. Innovative options for livelihoods need to be considered such as providing guaranteed employment closer to home under the Mahatma Gandhi National Rural Employment Guarantee Act, an important source of rural livelihoods in the present times. Helping patients to set up kitchen gardens and backyard poultry can go a long way in improving the availability of nutritious foods, besides also generating precious income.

As the country continues to count numbers of COVID daily, let us shift attention back to the oldest and the most widespread disease. Let us try to reduce the silent suffering, and unknown deaths.        Billion Press