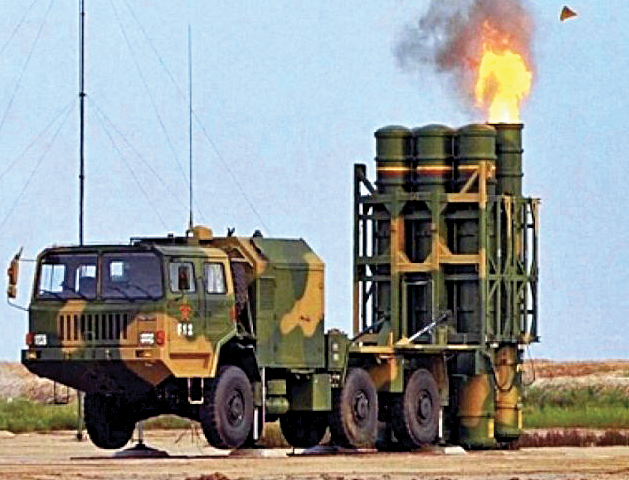 China is fifth-largest exporter of weapon systems, after the US, Russia, France and Germany, but much of its equipment sold to various countries is defective, say sources in intelligence agencies.

The world’s fifth-largest arms exporter in 2015-19, China accounted for 5.5 per cent of total global arms exports with its top customers including its Belt and Road Initiative partners as Beijing presents itself as an alternative to Russia.

Intelligence agencies have prepared a report recently where it highlighted how Beijing has pushed “defective equipment” to friendly nations in Asia, the Middle East and Africa.

Bangladesh China gave two obsolete 1970s era Ming class Type 035G submarines to Bangladesh at $100 mn each in 2017. Recommissioned as BNS Nobojatra and BNS Joyjatra, these were originally used as training vessels for People’s Liberation Army Navy and had outlived their utility.

“The condition of these submarines is so bad that they are reportedly lying unserviceable for considerable time,” the intelligence report stated.

In April 2003, PLA Navy Ming Class submarine 361 suffered a mechanical failure in the Yellow Sea, killing all its 70 crew members.

The Chinese have reportedly asked for additional payment to repair the boats.

Myanmar Myanmar’s senior leadership is unhappy over the quality of Chinese equipment supplied to them but is helpless due to lack of sources. However, they have started diversifying their imports, looking towards India.

“China is also supplying high quality sophisticated weapons (including Surface to Air Missiles) to militant groups Arakan Army, fighting the Tatmadaw which is also a source of annoyance to them,” the report stated.

“Tayokeset tayet-soke” (“Chinese machine; broken in a day”) is a well known and frequently the used phrase in Myanmar, it said.

Nepal Six China-made Y12e and MA60 aircraft, already rejected by Bangladesh, were purchased by Nepal for its national airlines but now are lying useless as they are neither suited for Nepal’s terrain nor are spare parts available for them.

“The Chinese have refused to consider Nepal’s requests to replace them,” the report stated.

Pakistan Pakistan has borne the brunt of China’s “iron clad friendship” as it has been made the dumping ground for all types of obsolete, discarded and sub-standard equipment from the Chinese.

The refurbished Chinese-built F22P frigates for the Pakistan Navy have been beset with various technical malfunctions.

In September 2018, the Pakistan Navy had requested China for a comprehensive proposal to undertake the mid-life upgrade/overhaul of these ships. However, China seeing no profit, turned a blind eye, thus forcing the Pakistan Navy to turn to Turkey.

The Pakistan Army has procured nine systems of LY-80 LOMADS from China, signing two separate contracts for the supply of the Air Defence System along with IBIS-150 radar.

Delivery of all nine systems was completed in 2019.

However, three out of nine systems are non-functional due to faults in guidance vehicle, search vehicle and firing vehicle.

“Pakistan Army has conveyed to M/s Aersospace Long-March International Co Ltd (ALIT) that these need to be addressed on priority,” the report stated.

Kenya went ahead with the purchase anyway in 2016 and dozens of personnel have been reportedly killed in those vehicles.

Algeria An accident took place near Algeria’s Tindouf Airbase in 2013 during the testing period of the export version of Chang Hong (CH-4) B unmanned combat aerial vehicles, destroying the UAV.

The second accident took place near the Ain Oussera Airbase on March 9, 2014.

The same issue of losing control over the craft during landing below 200 metres was indicated as the cause of the accident.

The third accident has been reported by the Algerian Air Force near Bir Rogaa airbase.

Jordan Jordan purchased six CH-4B unmanned combat aerial vehicles in 2016. However, within just three years, the kingdom had put them up for disposal with their sale advertised in June 2019.