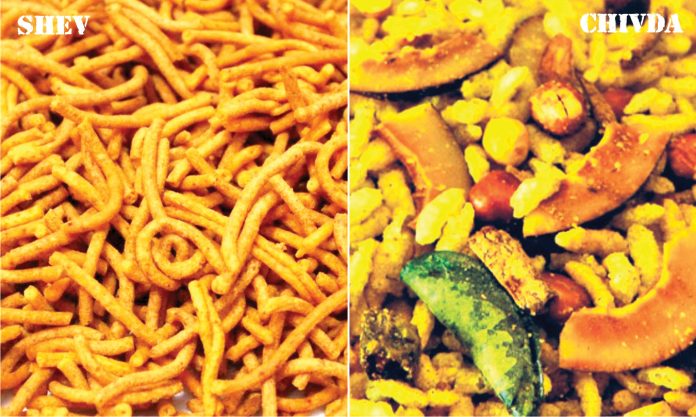 The Goan culinary fares offer two distinctive options to suit the taste buds of food lovers. One is the traditional Goan vegetarian fare, more generally known as Saraswat cooking, prepared predominantly in Hindu homes; while the European culinary delights, introduced by the Portuguese, rule over the non-vegetarian kingdom of foodies. While the Goans were introduced to the sugar by the Portuguese, importing it from China, the main source of sweetener in the local desserts and sweets, was the sugarcane jaggery.

In this article, let us peruse the lesser known sweets and desserts prepared in Goan Hindu homes. One aspect that the reader must keep in mind is that most of the Goan sweets were prepared in relation to the festivities held in the homes. The Ganesh Chaturthi and Diwali had a shower of dry sweets and other savouries, and were specially prepared for these festivals by hiring experienced cooks.Cooks were also especially hired in the homes of brides after marriage ceremonies, to send ‘vojje’ to the groom’s house. This traditional ‘vojje’ was a huge bamboo basket, filled with an array of sweets and savouries such as fenori- the crispy, flattened, dry sugar powder coated flat sweets; khaja – the layered, oval shaped sweet dipped in melted sugar; ambyache (mango) or pansache (jackfruit) satth; besan ladu; cajuche ladu; shankarpalli; shev; chivda with fried coconut kernel and broken cashew nuts; savory chakri, etc. This was then transported, covered with a crochet piece, carried on the head of a laborer, to the groom’s house. The family of the groom would then distribute these items to close relatives and few villagers.

Though reduced in quantum, the continuation of these traditions, by locals, has helped to preserve these traditional sweets and find a place of honour in Goan homes. These dry sweets and savouries could be preserved in containers and eaten over a longer time.

The major part of the sweet tooth cuisine was dedicated to either fresh, steaming hot or cooler fares prepared on festive or seasonal occasions. The main ingredients of these sweets are grated coconut, sugarcane jaggery or sugar, elaichi (cardamom), and other condiments.

On Nag Panchami, the festival to revere the snake god – ‘Nag’ (cobra), the looked forward sweet was the patoli. This was paste of pre-wetted rice, traditionally ground on a granite grinder ‘vaan’ or ‘rogdo’ (now mixers are used) into a thick paste and then spread as a semi thick layer on the freshly cut, long, oval shaped, aromatic turmeric leaves. On one of its longer half, a mixture of grated coconut, jaggery, and other spices were spread out. The other half was then folded to cover this mixture and patted shut along its sides. This was then put in a ‘komfro’ or a ‘sanan-dhakno’ (steamer) and steamed. The final product was an amazing tasting crescent, and the taste was highlighted with a trail of honey spread over it. A variant of this, in roll form, is served in restaurants as a continental dessert. The same could be replaced with the patoli! The crescent shaped, crispy nevreos or neureos with a choice stuffing of sweet, spicy and tangy, are a must for Diwali and Chaturthi. Though these are easy to store or carry, the fresh, soft neureos made from sweet potato paste/dough, stuffed with grated coconut, jaggery and other spices make an exquisite dessert, with a dash of honey! The freshly prepared Goan shirvolyo (locally prepared, steaming hot spaghetti) from ground rice and squeezed out of the ‘shevgo’ (traditional culinary press), dipped in the thick juice of coconut kernel (nallachoros), sweetened with jaggery and cardamom, tastes ethereal! The sandgge (dried spaghetti prepared from boiled and mashed sweet potatoes), fried in coconut oil and served with a sprinkling of sugar crystals or powder, are a treat to eat! The manganne- a thick, watery dessert prepared with horse gram dal (pulse) and mixed with broken cashew nuts, etc gets the diner addicted to these tastes.The halwa prepared from the Moira bananas, kelyancho halwois finger licking and has brought accolades of honour!

To suggest a few dry sweets that have a commercial value are the coconut kappa’n (dry grated coconut squares), which are extraordinarily excellent in taste and sight, could be one of the prized sweet that could be commercially marketed as the sweet of Goa. Goa is the land of lengthy plantations of swaying palms and this factor would definitely help.

Goa was historically identified as “Gomanchal” or “Gomantak”(‘Go’ or Gow’ referred to a cow or a bovine), due to the vast and predominant expanses involved in farming and other agrarian occupations. Possibly from then, or much later, there may have been many milk-based products and sweets prepared from the available milk. The style and rich taste of the milk-based Goan pedhas is different from the ones from Belgavi and could be a competitive local sweets option for the Belgavi pedhas, and also for revenue generation.

Festivals such as Ganesh Chaturthi and Diwali assist these very Goan recipes to be preserved and passed on to the next generation.

Sadly, the reduced interest displayed by the younger generation for home-made dishes, and no proper documentation, has led to many of the culinary secrets of original and ethnic Goan cuisine to be lost in time!

Also, the healthy, traditional Goan vegetarian and non-vegetarian fares – main fares, as well as desserts/ sweets – whose recipes have been lovingly preserved and prepared in Goan homes, since centuries, do not find a place of pride on menu cards in Goan restaurants; thereby defeating the very purpose of ‘tourism’.

The tourism promoting authorities need to effectively step in and impress upon whosoever, by advice or authority, to compulsorily display and promote the Goan menu on their prestigious menu cards. This will help to preserve and promote the original cultural flavours of Goa, to people visiting Goa!