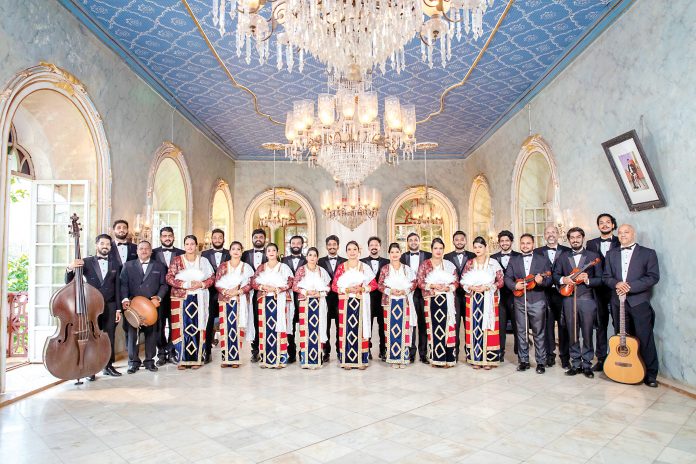 It’s going to be two days of fun and celebration of everything Goan as the World Goa Day celebrations begin on October 24 with a virtual watch party featuring participation from Goans around the globe. NT BUZZ gets a sneak peek

No matter which part of the world you are in, a Goan’s heart is always in Goa. And thus, to demonstrate this love for their motherland and celebrate its uniqueness, Goans from around the globe under the banner of the Global Goan Alliance & Network, have put together a two-day virtual party for the World Goa Day celebrations.

This will be the 20th anniversary of World Goa Day (WGD), which is intended as a day for Goans worldwide to reflect upon on their identity and take pride in celebrating their unique heritage and culture, language, traditions, music, cuisine, and more. The primary objective of WGD was and is to unite Goans living all over the world, in a day of common union celebrating their oneness in a show of solidarity with their Goan fraternity in Goa.

Spread across two Saturdays, this year’s virtual celebration on the theme ‘Reconnecting Goa’ that begins on October 24, features a melee of events ranging from music, cuisine, culture, heritage, traditional crafts, and much more.

“In June this year we released a video of our virtual choir comprising of 250 Goans across the world. It was after this that we came up with the idea of having the World Goa Day celebrations also online,” says zonal coordinator for WGD 2020, Floscy Gracias from Carmona. But rather than having a celebration comprising only Goans living in the State, they decided to invite Goan associations from across the world to send in videos on different themes be it music, heritage, poetry, etc. Gracias herself was put in charge of coordinating the events for Goa, Bengaluru, Delhi, and the Middle East.

However, because of COVID-19 restrictions, some people could not send their content in time. And thus, instead of August 20, the date on which World Goa Day is celebrated, it was decided that they would fix the celebration for a later date.

But despite the challenges, there were many who have made a special effort to contribute. “We had one priest who specially wrote poetry for the event. Another priest from Rachol Seminary has given a talk on Goa and Goanness. We have also got some Hindu dances,” says Gracias. And all of this is voluntary. “No money is involved in any aspect, be it the making of the videos, editing or broadcasting it. We have all done this because of the desire to showcase Goan nature and culture,” says Gracias.

Although initially planned as a one-day event ‘Dusk to Dawn’, the team ended up getting 28 hours-worth of content. Thus, the event will now be divided into 12 hours on October 24 and 12 hours on the following Saturday, apart from introduction and commentary.

Among the various items that one can watch is historian Sanjeev Sardesai’s session on heritage where. “My contribution includes 24 clips of one minute each, which tells about the lesser known heritage of Goa,” says Sardesai. In fact, says Gracias, she herself was stunned when she watched the videos. “There is so much to know about Goa that I myself was not aware of,” she says. Gracias herself together with her mando troupe ‘Goychim Lharam’ will be putting up a music performance.

The Ribandar villagers anthem will also be releasing on the platform as one of the videos. “This is a song which has been sung by every villager for any occasion for the past 100 years,” says Gracias.

Filmmaker Nalini Souza who is passionate about Goan culture has also put together clippings on 13 feasts and celebrations in Goa, and is all praise for the global initiative undertaken this year. “I think it is a great way to learn what activities are being done by Goans in other parts of the world. It is also a way for us all to be united,” she says.

Gracias also agrees. “It is the first time that so many Goan associations are putting this together. I think the pandemic has brought us all together and has also helped us build friendships,” she says, adding that she was especially taken by how Goans around the world try and maintain their Goanness. “While we tend to speak English at home here in Goa, there they are keeping Konkani alive. They teach their children to speak the language and even say the rosary in Konkani,” she says, adding that we should put in effort to preserve our Goan language and culture.

“People should definitely watch the programme because it will be something different from what we tend to see online. If they watch it they will only love Goa all the more,” adds Gracias.