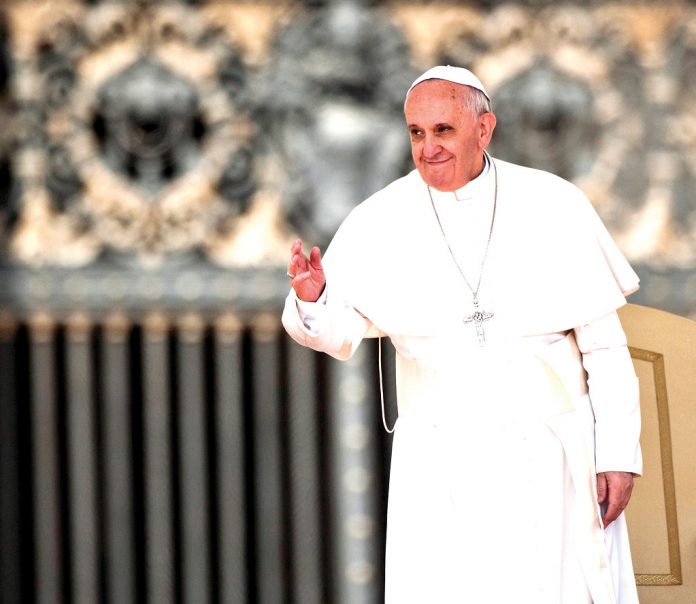 Early this month, Pope Francis travelled to the Italian hill town of Assisi, birthplace of St Francis, to sign his latest encyclical at the saint’s tomb. Entitled “Fratelli Tutti” (Brothers All), spanning eight chapters, 287 paragraphs, 208 footnotes and 45000 words, the pastoral letter captures the remarkable Pontiff’s view of the world today and his recommendations for a trajectory reversal on many fronts.

Drawing inspiration from St Francis of Assisi, Mahatma Gandhi, Martin Luther King, Desmond Tutu and Imam Sheikh Ahmed al-Tayeb of Abu Dhabi, the iconic leader of 1.2 billion Roman Catholics, laments that humankind is in the midst of “a distressing regression.” He believes that people are intensely polarized, and communication has degenerated into a “permanent state of disagreement and confrontation.” In some countries, he writes, leaders are using a “strategy of ridicule” and relentless criticism, inciting despair and paranoia as a way “to dominate and gain control.” As a result, the notion of a caring world, an earth peopled with respect, “sounds like madness.” The document also details the papal stand against tribalism, xenophobia, and the dangers of the social media age. Moreover, the Pope explains, the world’s response to the pandemic has exposed the depth of humanity’s mistrust, greed and fissures. “For all our hyper-connectivity, we have witnessed a fragmentation that has made it more difficult to resolve problems that affect us all.”

Several passages read as a warning against the new viciousness and ferocity that has emerged in politics. The Pope has frequently denounced populism and the erecting of walls in the past, but his encyclical argues at great length about how such an abrasive style can exacerbate divisions and lead to societal breakdowns. “Things that until a few years ago could not be said by anyone without risking the loss of universal respect can now be said with impunity, and in the crudest of terms, even by some political figures,” he writes. Pope Francis also cautions against “myopic, extremist, resentful and aggressive nationalism” prevalent in some countries, and “new forms of selfishness and a loss of the social sense.” He mourns the “growing loss of the sense of history and of decency….other cultures or peoples are not ‘enemies’ from which we need to protect ourselves, but differing reflections of the inexhaustible richness of human life.” Thus he accentuates his constant support for migrants fleeing violence and seeking a better life. “No one will ever openly deny that they are human beings, yet in practice, by our decisions and the way we treat them, we show that we consider them less worthy, less important, less human….For Christians, this way of thinking and acting is unacceptable, since it sets certain political preferences above deep convictions of our faith: the inalienable dignity of each human person regardless of origin, race or religion, and the supreme law of brotherly love.”

The Pope urges nations to work towards a just and fraternal world based on our common membership in the human family. The global health emergency has demonstrated that “no one can face life in isolation” and that the “magic theories” of market capitalism have failed. They have only served to make the rich richer, and the poor poorer. “Anyone who thinks that the only lesson to be learned from the pandemic is the need to improve what we were already doing, or to refine existing systems and regulations, is denying reality….the fragility of world systems in the face of the pandemic has demonstrated that not everything can be resolved by market freedom. It is imperative to have a proactive economic policy directed at promoting an economy that makes it possible for jobs to be created, and not cut.”

The head of the Roman Catholic church underscores that “we are more alone than ever” in a world of “limitless consumerism” and “empty individualism.” There appears to be a “kind of deconstructionism,” where “hyperbole, extremism and polarisation” have become political tools without “healthy debates” and long-term plans. Instead we have “slick marketing techniques aimed at discrediting others.…with the result that we are growing ever more distant from one another and wherein voices raised in defence of the environment are silenced and scorned.”

Addressing the preponderant digital culture of today, he criticises the endless campaigns of “hatred and destruction” waged on its online apps, contending that technology is distancing people from reality. Since there are “huge economic interests” operating in the digital world, capable of manipulating and subverting “the democratic process.…the way many platforms work often ends up favouring encounters between persons who think alike, shielding them from debate….these closed circuits facilitate the spread of fake news and false information, fomenting prejudice and hate.” Fraternity depends on “authentic encounters….and interdisciplinary dialogue….technological progress cannot become an enemy of the common good…this would lead to an unfortunate regression, to a form of barbarism dictated by the law of the strongest….A better world is possible thanks to technological progress, only if it  is accompanied by an ethic inspired by a vision of the common good, an ethic of freedom, responsibility and fraternity, capable of fostering the full development of people in relation to others and to the whole of creation.”

The Pontiff also evaluates whether the use of violence can be morally justified. Nuclear, chemical and biological weapons, and new technological combat systems “have granted war an uncontrollable destructive power over great numbers of innocent civilians.” There is no such thing as a “just war”, he elaborates. “Every war leaves our world worse than it was before….War is a failure of politics and of humanity, a shameful capitulation, a stinging defeat before the forces of evil.”  The papal message also makes clear his opposition to the death penalty, stating resolutely that “the Church is firmly committed to calling for its abolition worldwide.”

Pope Francis presents the parable of the Good Samaritan as the bedrock on which all humanity should fashion its moral and ethical values. The Biblical allegory, which relates how the protagonist stops to help a robbed and beaten stranger who is lying in a gutter, disregarded and abandoned by several people  who had passed him by, offers us an example of how we should respond as decent human beings. “We need to acknowledge that we are constantly tempted to ignore others, especially the weak….We have become accustomed to looking the other way, passing by, ignoring situations unless they affect us directly….these are symptoms of an unhealthy society….a society that seeks prosperity but turns its back on suffering.”

The Pope concludes his encyclical with “an ecumenical Christian prayer.” He requests the Holy Spirit to show the peoples of the world that we are all “different faces of the one humanity that God so loves.”

Long Live Pope Francis! May he always be blessed and cherished!