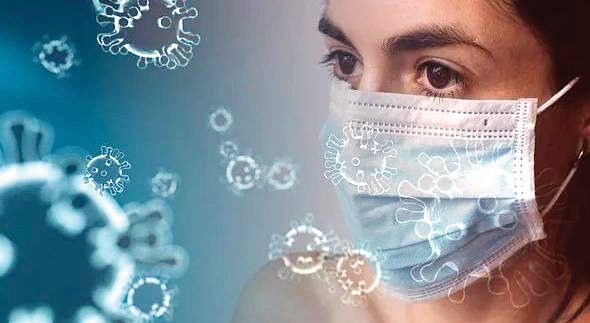 Herd immunity for a virus which is not even known properly after 10 months is a gamble with the lives of people and now the European nations are paying the price.

Director general, World Health Organisation (WHO), Tedros Adhanom Ghebreyesus, warned last week that if governments in member countries permit coronavirus to spread in the hope of achieving the so-called herd immunity then it would be “scientifically and ethically problematic”. Elaborating further he said that “scientists still did not know how immunity is developed or how long antibodies remain in the body”, and stressed that researchers were only beginning to understand the long-term impact of coronavirus. His caution is not likely to be heeded in Goa where the state government is throwing all the doors open. He cautioned: “Allowing a dangerous virus that we don’t fully understand to run free is simply unethical. It’s not an option.” But European countries did just that in the past few months and now face the dreaded second wave with little sign of any herd immunity.

It won’t be surprising if Goa follows the experience of European countries, especially UK, France, and Spain in the coming winter (November to February) when a second wave hits. Governments have no control over environmental factors like temperature and humidity favoured by COVID-19. European nations have been caught totally unprepared for the second wave of COVID-19 which had been already predicted by experts. European nations are terrified as the second wave of COVID-19 has started to run like a wildfire from Ireland to Russia. Curfews, lockdowns, all types of restrictions are coming back. Scientific opinion was sacrificed due to powerful economic pressures in many countries. Virologists had been predicting and advising European countries to be cautious about opening the economy till the end of the winter because COVID-19 has perfect conditions to spread in European winter environment. But countries like the UK, France, Spain, Netherlands, Czech Republic took some very hasty decisions as people began to suffer due to the loss of jobs and businesses. Europeans, except in Italy and France, cared little for the virus threat as one could see by end of June most of them were enjoying social interactions by dismissing standard operating procedures like minimal social distancing, use of masks and sanitisers.

It is shocking to see that in enforcing these measures since March 2020, a poor and less literate country like India had done relatively better. But there is so much to learn from Sweden, Italy, and Germany. They have improved their health infrastructure, testing frequencies, and tracing systems besides keeping a watch on enforcement of social distancing and masks in public.

Except Italy, Sweden and Germany, almost all other European countries are now facing the dread of the second wave with heavy spikes in new COVID-19 positive cases. Cases in Moscow, Russia spiked to more than 4,500 per day last week. The mayor of Moscow did something which India had done long before – close the schools and send the students back for online learning. In a well-maintained country like the Netherlands cases shot up to 44,000 last week. COVID-19 returned with vengeance to northern Spain where playgrounds were shut down and restrictions were put on restaurants. COVID-19 has returned in Northern UK and Northern Ireland with Derry, Nottingham, Manchester and Liverpool reporting more than 700 new cases per 100,000 people last week. What has stunned the UK government is cases rose to 17,000 per day, more than three times the peak achieved during the first wave in April. The French national health agency reported a record of nearly 27,000 new daily virus cases on October 10, followed by more than 16,000 on October 11. France was shocked to see that the percentage of positive cases tripled in just three weeks. Italy saw 5,000 new COVID-19 cases on October 9 for the first time since March. Czech Republic which was praised for its effective measures to contain the first wave, reported 8615 new cases on October 9 forcing the government to close theatres, cinemas, gymnasiums and putting restrictions on public gatherings.

In the coming weeks as winter conditions aggravate most of these countries unprepared for the second wave will see daily spikes in cases with situations getting worse than the first wave. The only difference is that there is better testing, contact tracing, treatment procedures, and regional cooperation.

The lessons for India from the beginning of the second wave in European countries are simple – the previous unlockdowns were too hasty and the people who were not exposed would now face the more lethal mutant strains during winter. But the government will not have the courage to impose national lockdown due to festival season. Secondly, India is likely to see winter conditions causing large numbers of reinfections which will not be easy to handle as these reinfected people could become dangerous super spreaders even before their second infection is detected.

What we know of COVID-19 is its flexibility and adaptability and it has already adapted to the Indian conditions and presently sharpening its genetic weapon systems to create a lethal second wave during winter. And instead of preparing for winter and a second wave, governments in India are spreading red carpets with the beginning of the festival season without closely monitoring ground situations in European countries and learning lessons from their wrong decisions. We need to learn from better preparedness in Sweden, Germany, and Italy to deal with the second wave.