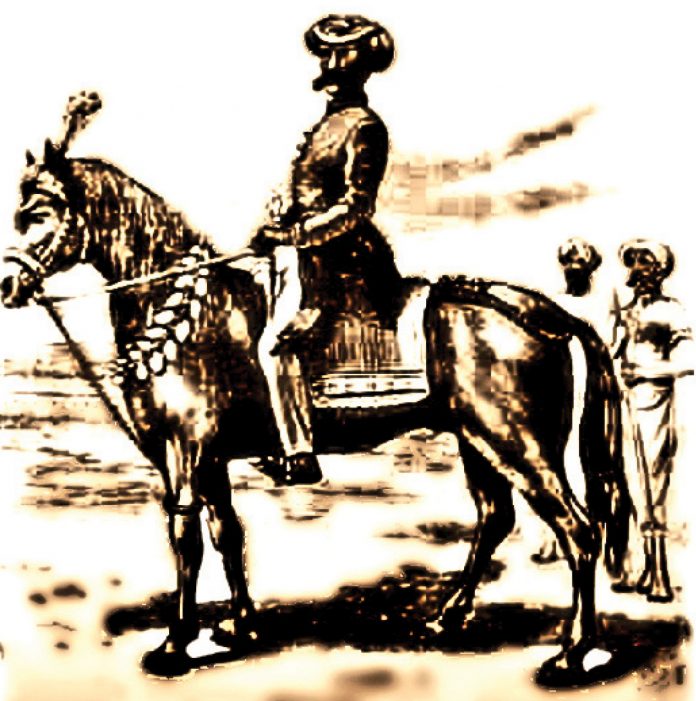 Last time we had expressed a possibility that the Lotli, Kuththali and Kelsi sarasvat belonged to one clan; this was based on the similarity in the rate of extinction of gamvkari vamgod. [Mascarenhas et al, 2015: Genetic and Cultural Reconstruction of the Migration of an Ancient Lineage, in BioMed Research International, Vol 2015, Article ID 651415] This was in the context of one possible conclusion that the study had drawn about the LPK sarasvat sample : that their starting point was most probably Near East, not Central Asian Steppes; two, that they crossed through the Bolan pass, not through the Khyber pass.

Let us now look at another characteristic that marks the three villages, or at least two of them: Lotli and Kuththali. Ramnath is the gram daivat of Lotli and Manganath is that of Kuththali; the gram daivat of Kelsi is Santadurga. Ramnath and Manganath link Lotli and Kuththali to Kathiyavad peninsula, which has the largest number of temples dedicated to these two deities outside Komkan. While the total number of Ramnath temples in the entire country (leaving out temples built in recent times) is 29, only 7 of them are outside Gujarat and Komkan. Similarly, out of total 5 Manganath temples in the country 3 are in Gujarat and one in Goa; the 3 in Gujarat are in Sorath (Kathiyavad peninsula). [Mascarenhas et al, 2015] Ramnath and Manganath are appellations of Siv. And Siv is the lord of Sorath. Naturally Siv is the lord of the kathiyavadi ksatriya as well. When the magnificent port complex of Kathiyavad was submerged the kathiyavadi ksatriya traders sailed south along the western coast of India in search of alternatives, and eventually set up a belt of ports from Samjana in Gujarat (outside modern Daman) to Kusasthali in Goa.  At most of these ‘new port cities’, we find strong cultural and archaeological evidence of Siv confirming the cultural continuity between Kathiyavad and the new homes of Kathiyavadi. But this is the story of the ksatriya; it seems to be somehow very similar to the story of the Lotli and Kuththali sarasvat. [The LKP – Kathiyavad Link, 28 Apr 19]

A small detail in the Mascarenhas study seems to reinforce the maritime trade orientation of the LKP sarasvat. This has to do with the surnames attained on conversion to Christianity in the 16th century. Customarily all the converts from a vamgod in the village gamvkari generally took the baptizing Jesuit missionary as the godparent, and attained his surname. The choice of godfathers for early converts of the LPK families is unique: two of the first five LPK converts, whose names are memorialized in a document dated May 31, 1586 appears to have broken the convention by taking as godfathers, not Jesuit missionaries, but wealthy sea merchants. [Gracias, 1934: Os Primeiros Cristaos em Salcete, in Oriente Portugues]

But the similarity between certain sarasvat and the ksatriya does not end with their connection to Kathiyavad and inclination for maritime trade. Let us now move out from the small group of LKP and the Lotli, Kuththali and Kelsi sarasvat, and look once again at the broader sarasvat community. Long back I had shared with you the story of Bhagirathi Pai Vernemkar, the daughter of the desai of Vernem (Verna) married into the family of the desai of Lotli. It may be pure fiction, with no historical basis; or it may indeed be based on an actual fact. But that is irrelevant; as long as the context is historical; that is as long as the social characteristics of the two desais that emerge from the story are true. The story is briefly as follows. Once hostility arose between the desai of Lotli and that of Vernem, two neighbouring villages in Salcete. The desai of Vernem planned to attack Lotali at the dead of night. But when his daughter-in-law Bhagirathi came to know about this, she was greatly upset; for the desai of Lotli was her father. Hours before the planned attack, attired as a horseman, she rode to Lotli to warn her father. Her mission accomplished, she was returning home, when the soldiers of the desai of Vernem were marching towards Lotli. Mistaking her for a spy from the enemy camp, the desai of Vernem ordered ‘him’ to be captured; but his soldiers beheaded her straight. [Xavier, 1848: Gabinete Literário das Fontainhas, Vol 3, 57; Xavier, 1907: Bosquejo Historico Das Comunidades Das Aldeias Dos Concelhos Das Ilhas, Salsete e Bardez, Vol 2, 354]

We have another evidence of the ksatriya character of Pai Vernemkar. Mhal Pai Vernemkar a descendant of the desai of Vernem collaborated with Albuquerque for the conquest of Goa in the 16th century. According to a living descendant of Mhal Pai, his full name was Mhal Pai Vernemkar Sardesai; that shows that his ancestors were indeed the desais of Vernem. His name is carried forward among his descendants by naming a child Mhal through alternate generations; and they had a family song in praise of Mhal Pai at least till a generation back. (Based on personal communication.) Nevertheless they are sarasvat.