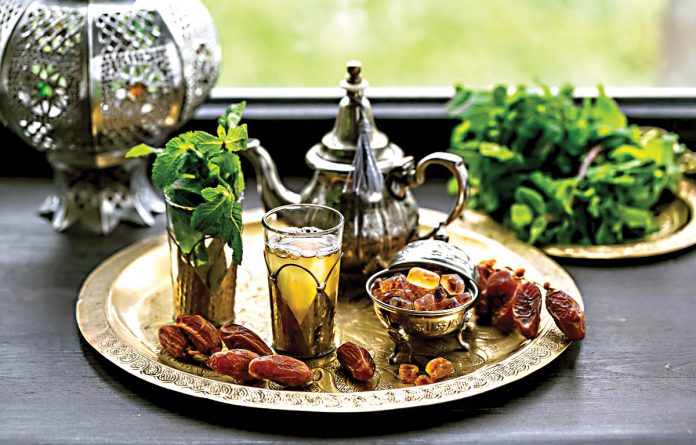 According to Maghreb tradition, the higher the tea is poured from, the greater the respect shown for the one receiving the tea

It is a hot day. You step into the cool interiors of your home to escape the scorching heat of the noonday sun. It has managed to burn your skin to a crisp shade of caramel and your sweat has done absolutely nothing to diminish the feeling. To soothe your parched insides, you open your fridge and slip out a fizzy drink that you had stored inside for exactly this kind of a scenario. You flip open the top, raise the bottle to your lips and then begin to slurp up long and sustained sips. You stop almost as soon as you have begun. Your drink isn’t a fizzy beverage any longer; the effervescence has long left the body. The recently discovered ‘flat’ drink has compounded your misery.

That’s probably exactly the issue the cider servers in the northern Spanish region of Asturias want to avoid. Asturian cider is made from five apple varieties and comes bottled at a relatively mild six per cent alcohol. The issue is that the beverage is almost always flat. What a professional cider pourer does is to tip the bottle from an outstretched arm that soars over their heads and then allows a long cascade to dribble into a glass that is held below waist level. The resultant splash creates the right amounts of bubbles and foam and releases aromas that gives this drink its much deserved reputation.

And if you thought that only flat Asturian cider benefitted from a bit of a long pour, think again! Apparently all beer drinkers could benefit from a bit of height between the bottle and the glass when it came to pouring out their suds. What has always been taught about reducing the head while pouring out beer has been completely wrong! Each bottle of beer contains two and a half times the amount of carbon dioxide as compared to the amount of liquid within. This has been done to preserve and maintain the flavour and taste of the beer. When the beer head is contained, the carbon dioxide enters the body giving a bloated feeling to the drinker. When there is a sufficient amount of head poured, the gas is actually released in the glass and not in the body which prevents ailments like a bellyache and excessive burping!

When Baba Budan, a revered Sufi saint from the southern Indian state of Karnataka smuggled in seven coffee beans from the Yemeni port of Mocha to plant in his home state, he did not realise the impact that it would subsequently have on the beverage drinking habits of his fellow residents. It did not take the beans much longer to flourish and within a few short years, the Chickmagalur hills were covered with the lush foliage that coffee plants provide. Although the coffee travelled in from Arabia, the locals couldn’t resist adding their own take on the preparation style. Now commonly known as ‘Madras filter coffee’, the coffee starts off as an infusion which is prepared by letting hot water drip through ground coffee in a specifically designed instrument called a percolator. Then steaming hot milk and sugar is added to the extract. This is then rapidly poured from one cup to another, back and forth till the sugar is mixed and the coffee froths up without the addition of steam or water.

When some Southeast Asian countries did not have coffee to create this drink, they resorted to having the same fun by using what was readily available. ‘The Tarik’ or pulled tea started off with Muslim Indian immigrants in the Malay Peninsula and the technique rapidly developed a fan following in Malaysia, Indonesia and Singapore. The object of affection in this case is a strong milk tea that is usually sweetened but the varieties with reduced amounts of sugar have since become popular. The aim is to froth up the tea and cool it down to a drinkable temperature rather rapidly. The skill lies in the server managing to pour the drink from above the patrons head and into the serving glass. So seriously are the showmanship abilities of this ceremony considered that there exist annual competitions that aim to seek out the most skilled amongst the servers.

The Moroccans seemed to have borrowed a tea leaf or two from this playbook. The Moroccan tea ceremony is somewhat like a community ritual. The Maghrebi mint tea as is the proper name combines black tea with sugar and mint leaves. What is traditionally done is to place fresh mint leaves directly into the serving glasses on top of which the boiling hot tea is poured. When the tea is poured from a height which is usually a minimum of three feet, the scalding hot water hits the mint leaves in the glass immediately releasing their aromas. According to Maghreb tradition, the higher the tea is poured from, the greater the respect shown for the one receiving the tea.

The next time you are in the market for a drink, it probably may turn out to be a richer experience if you avoided keeping it short and instead opted for the long pour!

Getting ‘Lucky’ in Goa

The damsel in denim