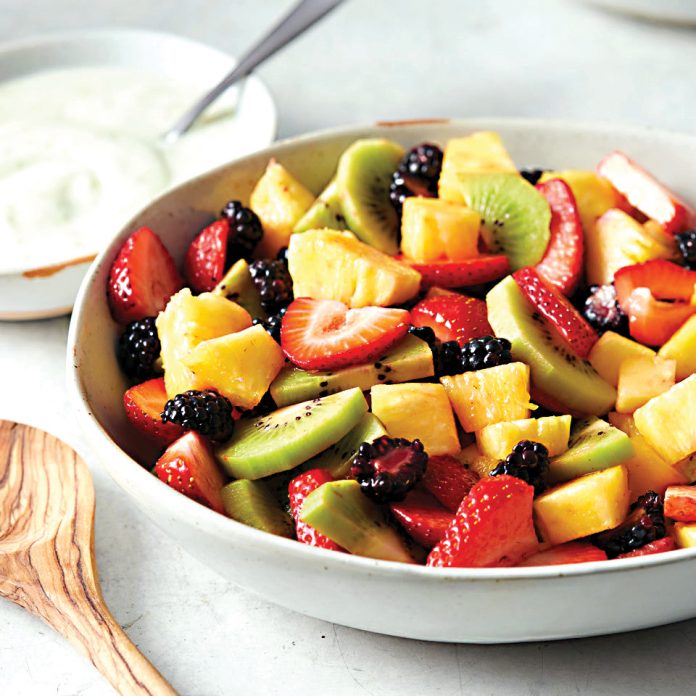 It is Navratri time again and many people will be observing the traditional fast. The festival of Navratri is traditionally celebrated twice a year – during spring (vasant) and during fall (sharadiya) and was an effective way to prepare the body for the change in seasons by boosting our immunity.

Nutritionally many of these traditional Navratri foods are high in calories from carbohydrate and fat but lower on proteins. The use of deep frying increases the calorie content further. Hence, one needs to be conscious of what one eats. So, for those who plan to fast this Navratri, ensure that you do it the healthy way so that you benefit not only spiritually but also physically.

Here are some tips:

Navratri faraal foods include grains like amaranth (rajgira), buckwheat (kuttu), barnyard millet (sanwa/jhangora), foxtail millet (rala), little millet (wari/upvasachi tandul) or singhada flour. These foods are not only rich in starch but also contain protein, vitamins, minerals and dietary fibre. They are also gluten free. Use these grains to prepare upma, sheera, idlis and rotis or cook them like rice.

Use potato, sweet potato, yams or raw banana as a substitute for grains rather than along with grains since both contain starch and calories.

Sago (sabudana) is another food that is eaten on fasting days. It is high in calories and when combined with root vegetables like potato in the preparation of sabudana khichdi or sabudana wadas, the calorie content increases further. Skip the potato and prepare the khichdi only with sabudana and groundnuts along with seasoning of jeera and green chillies. Instead of vada, make sabudana cutlets and shallow fry them on a non-stick pan.

Prepare kheers using low-fat milk along with vegetables such as lauki and carrot or fruits such as apples. These kheers are much lower in calories as compared to those prepared from grains.

Use less oil and ghee while seasoning foods.

Use cooking methods such as steaming, grilling or baking instead of deep frying.

Makhanas or lotus seeds also known as fox nuts come from a plant called Euryale Fox which grows in wetlands or ponds. These seeds are good sources of protein, carbohydrates, fibre, magnesium, potassium, phosphorus, iron and zinc but are low in sodium. They contain phytonutrients such as flavonoids, alkaloids, gallic acid and saponins. Makhanas can be eaten raw, boiled, roasted or ground into a paste. The seeds are also puffed and used in curries, kheer and dry roasted snacks.

One could also have mixed fruit chaat or fruit raitas as snacks in between meals.

Rock salt, or sendha namak, is the only salt that one can use during Navratri. It is an unrefined salt and contains minerals such as calcium, magnesium, potassium and fluorine in addition to sodium chloride. Rock salt has many health benefits. It is said to be cooling and have carminative, antacid, anti-bilious and anti-phlegmatic properties.

Eat small meals and do not starve or over eat. Eating meals at a regular time helps maintain blood glucose levels thereby keeping one energetic.

Last but not the least, continue exercising and be active.

(Writer is a consultant nutritionist with 21 years of experience, practising at Panaji and can be contacted on rohinidiniz@gmail.com)

Batting for work from home