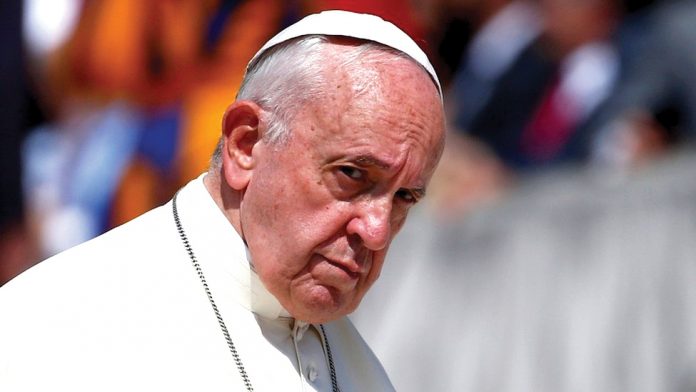 Pope Francis named a new head for the Vatican’s saint-making office Thursday to replace the once-powerful cardinal at the centre of a growing corruption scandal that has raised questions about the current Holy See leadership.

Francis on Thursday promoted the Italian bishop who has been closely involved in efforts to draft a reform of the Vatican bureaucracy, Mons.

Marcello Semeraro, to head the Congregation for the Causes of Saints. Semeraro has served as the secretary of the commission of cardinals that Francis created in 2013 to reform the organising constitution of the Vatican Curia.

He replaces Cardinal Angelo Becciu, who was fired as prefect of the saint-making office in September. Francis cited evidence that Becciu, when he was the powerful No. 2 in the Vatican’s secretariat of state, sent 100,000 euros (USD 117,000) in Vatican funds to a charity controlled by his brother.

Becciu, whose rights and privileges as a cardinal were also yanked, has admitted he sent the money but insisted it was destined for the charity, not his brother.

In the weeks since his ouster, Becciu’s name has increasingly figured in Italian media reports about the Vatican’s corruption investigation, even though his successor in the job, Monsignor Edgar Pena Parra, was actually in charge when questionable payments were made that have cost the Holy See tens of millions of
euros.

For over a year, Vatican prosecutors have been investigating the Holy See’s 350-million-euro investment into a London real estate venture and the Italian middlemen who are accused of having fleeced the Vatican of tens of millions of euros in fees.

Becciu was in charge when the initial investment was made but not subsequent investments or the fee payments.

This week, the prosecutors’ investigation took a remarkable new twist with the arrest Tuesday in Milan on an international warrant of a self-described intelligence specialist, Cecilia Marogna.

Marogna has said she approached Becciu in 2015 concerned about security for Vatican embassies, and was paid 500,000 euros as compensation, travel reimbursements and other fees from the Vatican secretariat of state for her consultancy work.

The Italian investigative television program Le Iene on Oct. 2 published the letter of recommendation from Becciu, on official Vatican letterhead and dated November 17, 2017, in which he offered his “trust and esteem” in Marogna’s professional capabilities and identifies her as a “geopolitical analyst and foreign relations consultant for the Secretariat of State.”