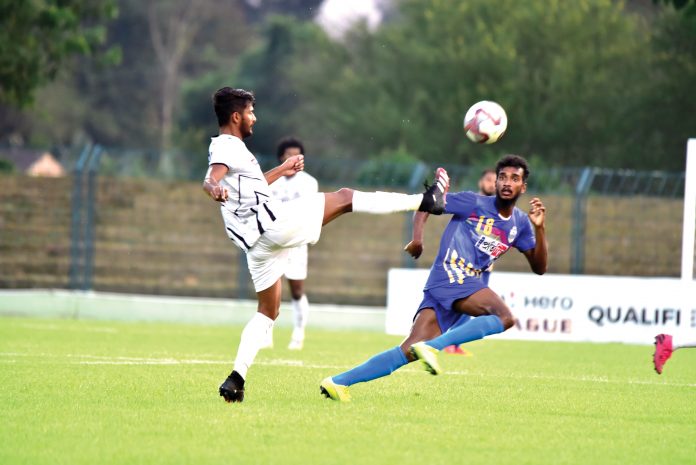 Putting their off-the-field controversy behind, Mohammedan Sporting on Friday clinched an I-League berth after seven years with a 2-0 win over city rivals Bhawanipore FC in the qualifiers
here.

Vanlalbiaa Chhangte (28th minute) and Gani Ahmmed Nigam (67th) struck on either side of half-time to win the match. With three wins on the trot, the Black Panthers now have an unassailable lead of nine points over their nearest rivals to seal the lone I-League spot with a round to spare.

In an inconsequential final round match on October 19, Mohammedan Sporting will face FC Bengaluru United, followed by the match between ARA FC and Bhawanipore FC.

The 131-year-old club will thus become the lone Kolkata team in the I-League to be played entirely in West Bengal in the absence of Mohun Bagan and East Bengal who have joined the top-tier Indian Super League.

The I-League is likely to start in December.

Mohammedan Sporting last played the I-League in 2013-14 but only to be relegated the same season.

In the first match on Friday, Garhwal FC looked set to sign off their I-League Qualifiers campaign with a win but ended up having to share points with ARA FC.

Defender Neeraj Bhandari gave his team an early lead but a late penalty from Surajit Seal saw both teams walk off the field at the Kalyani Stadium with honours even.

Mohammedan Sporting had courted controversy with the sacking of head coach Yan Law, who was alleged by the club brass of leaking personal conversation. The club had also lodged police complaints against Law on charges of disclosing team information to “outsider” Ranjit Bajaj, the former owner of Punjab FC.

Under Law, they had a scrappy 1-0 win over the Delhi-based Garhwal FC, courtesy of an injury-time goal from Mumnmun Lugun.

In the next match, the team made wholesale changes under an interim coach and secured a thumping 4-1 win over ARA FC.