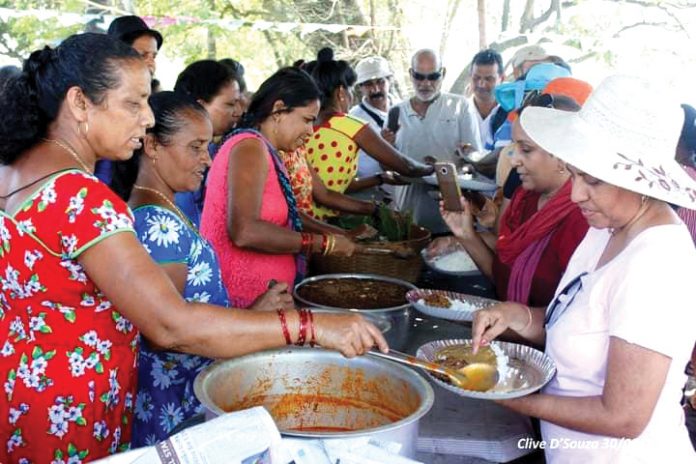 World Food Day (WFD) is celebrated every year on October 16 since the creation of the United Nations organisation. The theme of WFD 2020 is ‘Grow, Nourish, Sustain Together’ with the sub theme ‘Our Actions Are Our Future’. In Goa, food production which used to be almost completely outsourced to other states has now partly regained due to mechanical transplanting and harvesting of rice and food shortages due to COVID-19 adversely affecting transportation of food. With the collapse of mining and the drop in tourism this year at least, food may not be very affordable for the affected people. Business and other forms of employment are bound to suffer the adverse impacts of this double whammy plus loss of employment or business due to the pandemic. Ensuring food on the table is going to be difficult.

Goa experienced this earlier, survived, and overcame it. From 1954 to 1961, the newly independent India declared an economic blockade against Goa, then known as the Estado India Portuguesa, an overseas province of Portugal like Cape Verde, Macau, or Timor. My father was a teacher with a suit and tie in the Lyceum and Escola Tecnica by morning and a farmer in the field by evening and on weekends. He cultivated rice, pulses, chillies, coconuts, and various fruits and the family always had enough to eat from home produce. He would often quote the couplet by Margaret L Woods: “Out of our failures, dreams, disasters; We arise to be our masters”. Indeed, that is the story of Goa’s resilience. The coffee plants introduced in that era can still be found in some homes. The theme of WFD 2020, ‘Grow, Nourish, Sustain Together’ comes alive when we work as a TEAM for Together Everyone Achieves More!

There is some good news. After years of keeping the khazan lands fallow in Goa due to cheap rice sold at the ration shops, the people of Goa have woken to the fact that the rice in these shops is not of the variety and quality they want. Nestor Rangel in Santo Estevao island and Santano Rodrigues in Curtorim have created two different working models for cultivating rice in lands which were fallow. The local ‘korgutt’ rice variety has proved to be flood-tolerant. Now, not just selections Goa Dhan – 1 and 2 (high yielding salt-tolerant rice variety), but also Goa Dhan – 3, a hybrid with Jyothi rice, are available for cultivation in Goa.

Goa has had a tradition of growing alsando or the cowpea crop in the rice fallows immediately after harvesting the monsoon crop around Diwali time. Agriculture and Biotechnology students learn about the symbiotic nitrogen-fixing bacteria, Rhizobium japonicum. The farmer simply knows that the cowpea grows and yields well without needing any fertiliser. He has also realised that the next crop of rice grows better in fields that were planted with cowpea after the previous rice crop. Organic agriculture scientists have validated this and so have scientists who have hitherto opposed organic farming for pulses and cereals due to a misconception that there is a reduction in yield. This has been totally disproved. And there is a need to scale-up organic agriculture production and consumption across Goa.

Staying healthy in the monsoons