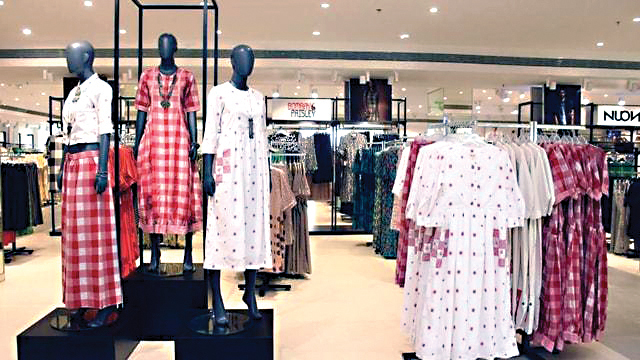 The value and lifestyle fashion retailers are likely to witness 35 to 42 per cent decline in revenues during the current financial year 2020-21, according to investment information firm ICRA.

Revenues in the second quarter of the year though improved sequentially are expected to remain substantially lower on a year-on-year basis adversely impacted by local lockdowns and restrictions, it said in its latest credit outlook for the sector.

A meaningful ramp up in sales is expected from the third quarter onwards led by increased demand during the festive season and the substantial easing of restrictions under the new unlock guidelines with effect from September 1.

While retail entities have embarked on stringent cost rationalisation drive given the expected pronounced revenue decline and changing consumption patterns (with increased demand for casual wear), the operating margin is expected to weaken by 300 to 500 basis points in 2020-21. Additionally, with the gradual uptick in demand and re-opening of stores, the quantum of rental savings due to renegotiations will reduce, said ICRA.

The research agency expects the credit metrics of the value and lifestyle fashion retailers to weaken materially this fiscal. The industry also remains exposed to the risk of inventory write-offs, given the overall slowdown in demand, especially for the formal wear segment.

The pandemic has highlighted the importance of having an omni-channel presence. Greater investments towards improving the integration of brick-and-mortar stores with online channels is expected as retailers attempt to attract the new millennial customer base and also counter the increasing competition from pure-play e-commerce players.

Amid the pandemic, the value and lifestyle fashion retailers have deferred around Rs 1,970 crore worth of capital expenditure (capex) spends towards store additions in the current year.

Nonetheless, given the under-penetration of organised retail in India, offline channels are expected to remain the preferred mode of expansion and the entities are expected to resume their capex plans towards store additions, once the situation normalises.

On the other hand, ICRA expects the food and grocery retailers to report a 3.7 per cent growth in revenues during the year. Aided by a significant easing of lockdown restrictions (facilitating sales of non-food categories) as well as the onset of the festive season, revenue growth is expected to revert to the positive trajectory from second half onwards, said ICRA which expects the share of non-food categories in the overall revenue mix to remain lower and constrained by the slowdown in discretionary spends.

While this will weaken gross margins, given that more than 70 per cent of the revenues of these players is accounted for by sale of food and staple items, ICRA does not expect any material weakening in credit metrics of food and grocery retailers. The credit outlook is thus stable.

Store additions which remained muted in first quarter are expected to pick up from the third quarter onwards following the easing of restrictions as well as pickup of construction activities post the monsoon season, says the research report. ANI

BIS helmets made compulsory for riders