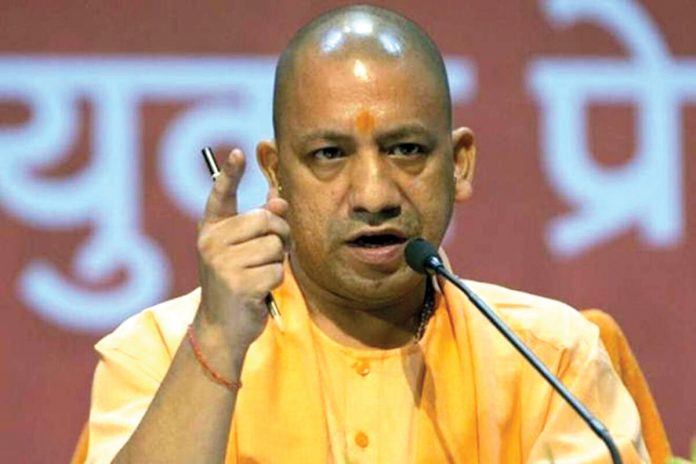 Hitting out at the Opposition, Uttar Pradesh Chief Minister Yogi Adityanath on Saturday alleged that “division is in the DNA” of these parties and they are trying to create a rift in society on caste and community lines.

Addressing a virtual meeting of the BJP office-bearers as part of preparations for the by-election to Deoria Sadar assembly constituency, he alleged that due to the development activities undertaken under the BJP rule, the opposition parties were frustrated and were using “every trick” to defame his government.

By-elections will be held to seven Assembly seats, including Deoria, in Uttar Pradesh on November 3. Six of the seats were held by the ruling BJP and one by the SP.

“The thought process of the rival parties is dirty and their intention is dangerous.

“Division is in their DNA.  It was due to this thought process that they first divided the country, and are now attempting to divide the society on the basis of caste, community and region. For them, the interest of their clan is of utmost importance, while everything else is secondary,” Adityanath said, targeting the Congress and other rival parties.

Though the BJP has a comfortable majority in the Assembly, the by-elections are a fight for prestige for the Adityanath government which has been criticised over the recent Hathras case and its handling of law and order, including the police encounters.

It is also the first electoral test for the party since the COVID-19 outbreak.

Raising the issue of development under the BJP, he said that “the Samajwadi Party (SP) and the Bahujan Samaj Party (BSP), which have ruled the state for 15 years, have only corruption and anarchy to count as their achievement.”

“From time-to-time, these parties have throttled democracy and the Constitution. Their development was confined only to slogans and speeches.”

The BJP leader said that the “actual development” started six years ago with the formation of the government under Prime Minister Narendra Modi.

“Owing to all-round development, the popularity of BJP is continuously rising, and there is a feeling of positivity in the public.

“In this case, the unhappiness of these (opposition) parties has transformed into frustration. As a result, they are trying to resort to every trick to defame the government. However, their intentions will never be fulfilled,” he
said.

Mamata announces health scheme for all in WB

Schools in Delhi will not reopen: Minister