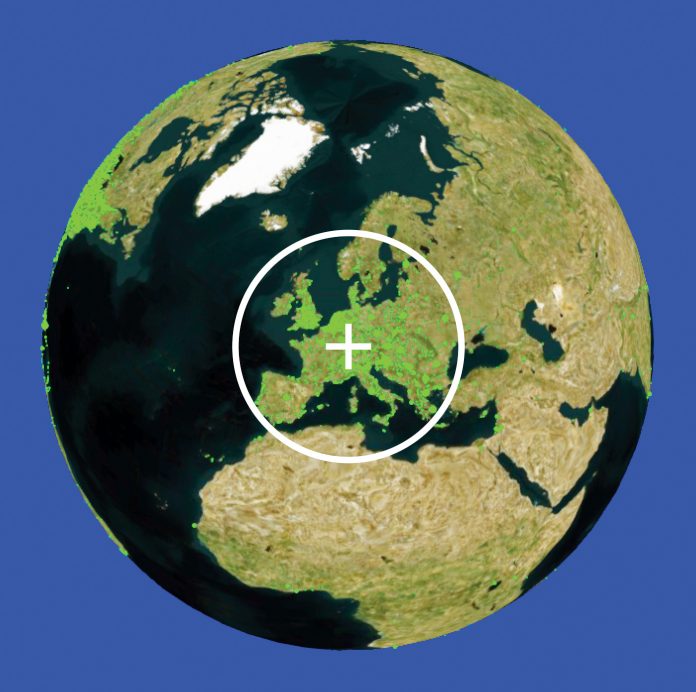 About a year ago, I had written a column ‘Radio Gaga’, my love affair with radio from my childhood years to the present.

Since then, there has been a sea-changing update. My friend Aniruddha ‘Annie’ Sengupta has my undying gratitude for introducing me to Radio Garden. What is it? Let me explain.

In my last article I had described how as a child and teenager I’d literally spend hours twiddling the dials of our lightweight, portable transistor Philips radio, searching for new worlds to conquer, on medium or short-wave. When I made a fresh ‘conquest’, to make really sure I’d find it again, I’d actually draw the face of the dial on paper, marking the position of the red band with
a coloured pencil.

Three or four decades since then, we’re in the digital age, and everything is so much more ridiculously simple (or as the Thompson twins from the adventures of Tintin would have corrected, simply ridiculous). Radio Garden is a website with a map of the world, quite literally dotted with radio stations, major and minor (yes, even the most obscure ones). All you have to do is to go to a corner of the globe that piques your interest, and put the radio station ‘dot’ neatly at the centre of a little ‘search’ circle, and hey presto! After a few seconds of static crackle, the transmission comes through, clear as bell, in a way that the old-fashioned radio could never match. Why couldn’t this have been around when I was
growing up?

When Annie first posted about it on social media, I was a little skeptical. And given our erratic internet connection, it didn’t work at the first couple of tries. But third time’s the charm, I guess.

For the first few days after that, I was in my second childhood, casting about in the unlikeliest of geographic locations, savouring those old childhood moments almost of ‘eavesdropping’, as I were suddenly privy to conversations, music and sounds I shouldn’t really be listening to.

The website has a ‘Favourites’ option, allowing one to ‘save’ a radio station so you can navigate directly to it instead of having to search for it all over it again. I still get a boyish sense of delight and wonder as the ‘search circle’ flies from one corner of the globe to another to settle on the radio station of choice, as if by magic.

If you already know the name of the radio station you want to listen to, you can just type it in the search bar, and a drop-down menu helps narrow it down further. I learned for example, that more than one radio station answers to the description of just ‘Classic FM’. There’s one in Prague (Czech Republic), Lyon (France), Almaty (Kazakhstan), apart from my own favourite based in London. But that’s not all: there’s also ABC Classic FM (Melbourne, Australia), Classic FM 91.3 (Posadas, Argentina), and on and on. You get the idea. And the search words could also get you a lot of “Classic Rock” radio stations. Just exploring this long but finite list ought to keep me busy for quite a while.

But for now, I’ve saved a list of perhaps predictable favourites and switch between them as I work at my desktop. Apart from Classic FM (London UK), there’s BBC Radio 3, All Classical (Portland US), MPR Classical (Saint Paul MN, US), Choral Classical (also Saint Paul, bless him!), WRTI Classical (Philadelphia, US), NWPR Classical Music-KFAE-FM (Richland, US). And for lighter listening, there’s Gold FM 93.2 (Colombo, Sri Lanka, the successor to Radio Colombo, I think), JACK 3 Oxfordshire (really witty presenters with catchphrases that will keep you in a good mood for a long time!). For old times’ sake, I like to listen to Wycombe Sounds 106.5FM (High Wycombe, our last port of call before we returned home and the longest I’d ever been in one place in the UK). For some reason, hospital radio stations in the UK tend to play an interesting selection of music, so I have among my favourites Hospital Broadcasting Service and Southern Sound Hospital Radio, both Glasgow-based.

There’s also 4Lobos Goa Radio (Sherwood Park, Canada) which seems to play ‘Concanim’ songs on loop. It felt good to hear Francis de Tuem lambasting Goan politicians over radio waves emanating thousands of miles away. But there doesn’t seem to be any other Goan radio presence, not that I could find anyway. I’m not sure what the logistics are to get a radio station onto Radio Garden, but if one can access the radio waves from Mangaluru, Belgaum and Miraj, surely Goan stations ought to be there too? A search for ‘Goa’ throws up a ‘Goa’ in the Philippines, Goa Trance and ‘suburbs of Goa’ based in San Francisco, but nothing from ‘our’ Goa.

Reading up a little on Radio Garden, I came upon an article in the New York Times from 2019, titled ‘Letter of Recommendation’ written by one Rosa Lyster, based in South Africa. I don’t agree with her assessment of the website when she says: “the window it opens onto other places is both exceptionally vivid and exceptionally limited, like looking through a keyhole, so that you’re compelled to start filling in the rest of the picture yourself.” Surely that’s a ‘fault’ (if one even wants to call it that), of the medium of radio itself, not
of Radio Garden.

But I can relate to a childhood memory of hers, of being asked at school to close her eyes, and randomly land her finger on a spinning globe and then attempt to learn as much possible about that geographic location. It’s not something I did at school, but a game I played with myself at the house of a relative who happened to have a very large (also very outdated, with names like Malaya and Tanganyika on it, and no Bangladesh on it) revolving globe in their living room.

Lyster writes that she is “resigned to the reality” that spinning the globe on Radio Garden gives her“that same feeling of being dazzled” (that she felt as a child)“at how much world there is — and how unknowable so many of its corners
will remain.”

But far from resignation, I’m dazzled by the “unknowable”. No matter how many radio stations I listen to, and how often, and how much I read up, and how many documentaries I watch, and how much I manage to travel whenever this blasted lockdown finally lifts, there’ll still be corners of the world left unexplored in a finite lifetime. I think that’s wonderful.

The mental health perils of a pandemic

The story of a Goa-founded congregation